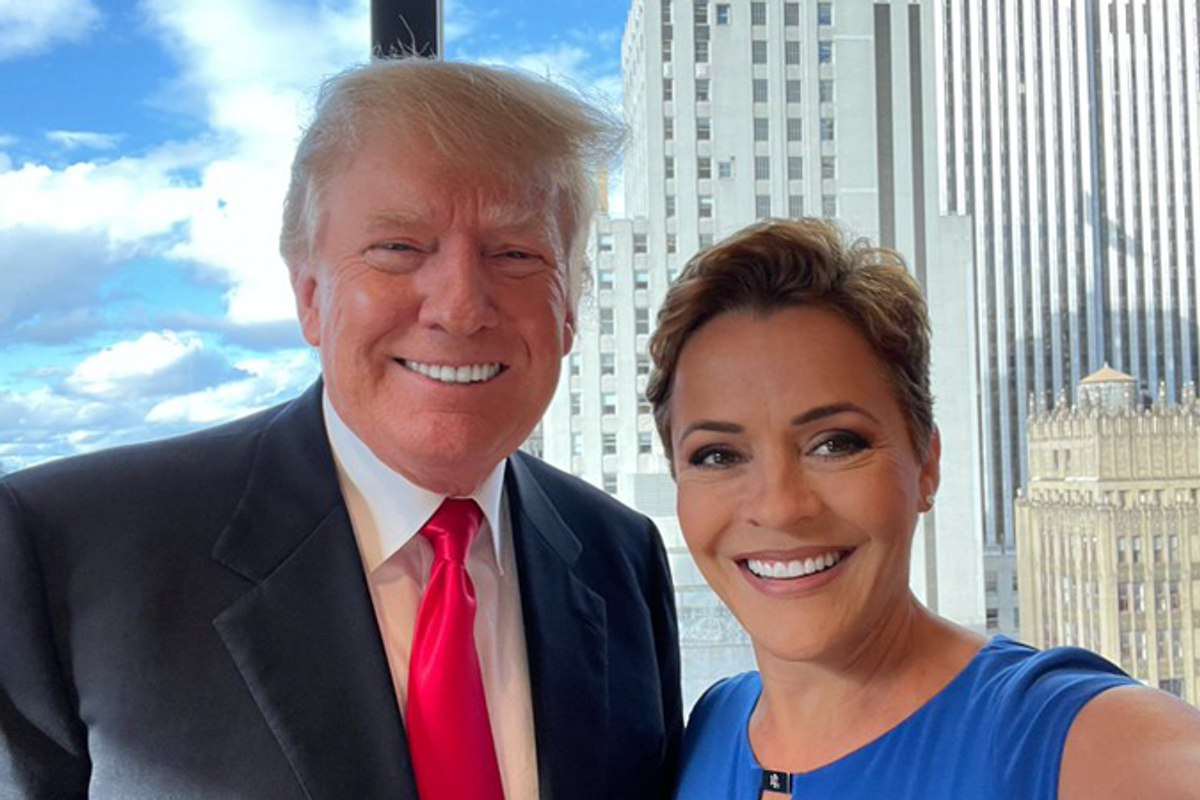 Tim Miller officially left the Republicans after years of holding his nose to vote for anti-LGBTQ candidates. But in his new life, post-GOP, he is questioning some of those who still stand with Donald Trump.

After Kari Lake's failure was announced on Monday night, Miller noted that it is a terrible time for Trump to announce that he is running for president, particularly when there's still another election next month.

"What a loss for them. A devastating loss for them," Miller said speaking to MSNBC's Stephanie Ruhle. "I think we should appreciate that the American people rejected their lies, rejected their and anti-democratic efforts. Steve Bannon's podcast was claiming that Republicans were going to win 100 seats and govern for 100 years. Well, they might not win any seats. They lost at least one senate seat maybe two. They lost two net governorships, as a result, mostly of people like Steve Bannon. Yet, no, they are not backing down."

Miller cited Kari Lake's tweet that she was not going to concede her loss and implied that she would fight the results, which she has promised to do for the past several weeks.

The way Lake worded it was that "Arizonans know BS when they see it." It prompted Miller to agree, noting she was "unintentionally" right. "Arizonans saw that she was full of BS when it came to the election, and they voted her out. It is a sign that she is going to, and in the vein of Trump continue to fight this to a certain level. But at some point, you would think that Republicans like Mike Pence, who you showed the intro, and others would just say, enough is enough of this. It has unnecessarily cost them countless seats, really, this cycle in the House and Senate. It cost them the governorship of Arizona, and thank goodness for that."

Ruhle wondered if Lake would be flying to Mar-a-Lago to appear at the event with Trump. Miller recalled that many of the Lake supporters were saying that she was on the VP train and would likely end up in consideration for Trump's running mate.

"She can be the VP of catering services at Mar-a-Lago," quipped Ruhle.

"What a terrible time for them to announce tomorrow," Miller said of Trump's big rally in Florida. "I wouldn't be surprised if he just changes course a little bit, and uses this to announce something else, we will see. But on the heels of his big mentee -- Kari Lake, the person the most enthusiastically parroted his election lies, going down in Arizona. A terrible day for them to announce, and maybe they will try to work something together. But at this point, that is a loser central."

Terrible day for Trump to announce after losing another seat www.youtube.com

At least 50 dead in Syria after earthquake

‘Persons with homosexual tendencies are children of God’ – Pope Francis