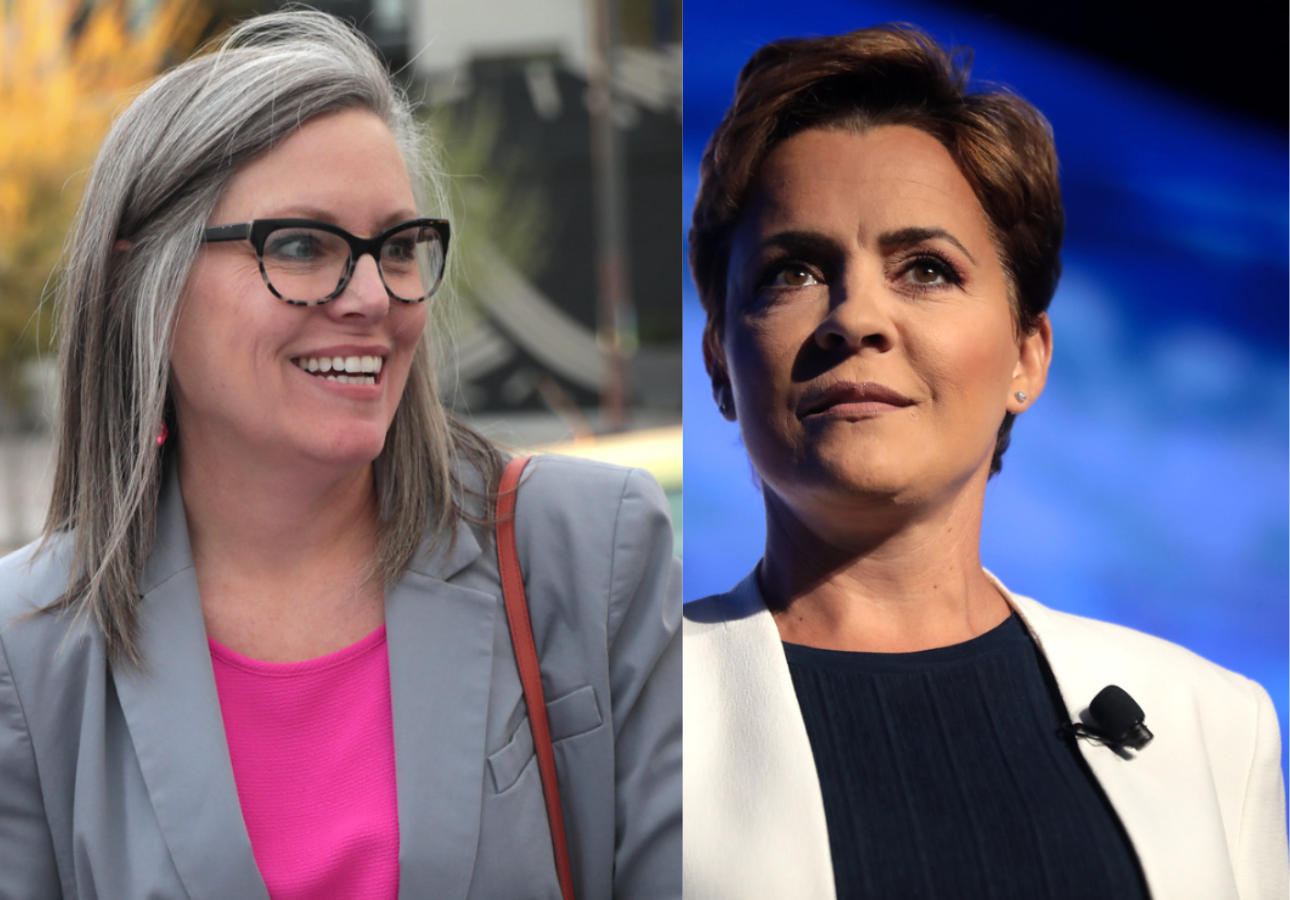 The highly anticipated results from the Arizona gubernatorial race have come in, and election denier Kari Lake, who has zero political experience, was defeated by Democratic Secretary of State Katie Hobbs, NBC News projected Monday. Trump is going to lose his mind, but who cares.

Hobbs' victory is key for Democrats in a presidential battleground and a rebuke to a prominent election denier — though the closeness of the contest left the result up in the air for nearly a week.

A record number of early ballots were dropped off on Election Day in Maricopa County, officials said, which had to be processed in a more time-intensive manner that includes signature verification. Maricopa County, the state's most populous, said Sunday that it estimated that its count was 94 percent complete after receiving a historic 290,000 of those early ballots on Election Day.

Lake, a MAGA firebrand and former local newscaster who closely linked her campaign to former President Donald Trump and his false claims of a rigged election in Arizona, ultimately fell short after polling in the final weeks of the campaign suggested she was grabbing the lead from Hobbs, who in her role as secretary of state in 2020 vocally defended the state's election system and the accuracy of the count.

Today24.pro
Best Android app 2022 – Google reveals top pick for the year and it’s totally free In the age of megachurches, communion has become a big business Man repeatedly punched Columbia protester, knocking her out: NYPD Five ways struggling families can get free cash to help pay for food this Christmas