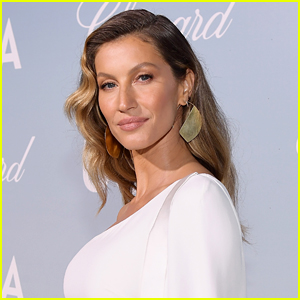 Multiple sources close to Gisele Bundchen are speaking out amid the rumors that she’s getting close to jiu-jitsu instructor Joaquim Valente.

Rumors have been swirling that Gisele could be dating Joaquim after they were spotted together in Costa Rica over the weekend. They were seen heading out to eat at Koji in Provincia de Puntarenas. In the photos, you can also see Gisele‘s kids, Benjamin, 12, and Vivian, 9, who she shares with ex Tom Brady.

An insider already told TMZ that the two are not dating, but a source close to Tom said they were “not buying it.”

Now, more insiders are speaking out.

“Any suggestion that Gisele’s relationship with Joaquim Valente is anything other than strictly platonic and professional is just ridiculous,” one source told E! News.

The insider pointed out how the pair were joined by a group that included her kids, a teacher, and Joaquin‘s brothers. The source added of the dating rumors, “This is not just completely false—it’s absurd.”

Another source told People, “He and his two brothers are Gisele and the kids’ martial arts teachers. They are not dating.”

Back in February, Gisele shared a video of her and Joaquim training together. Watch below!

Gary Sinise opens up about being a conservative in Hollywood