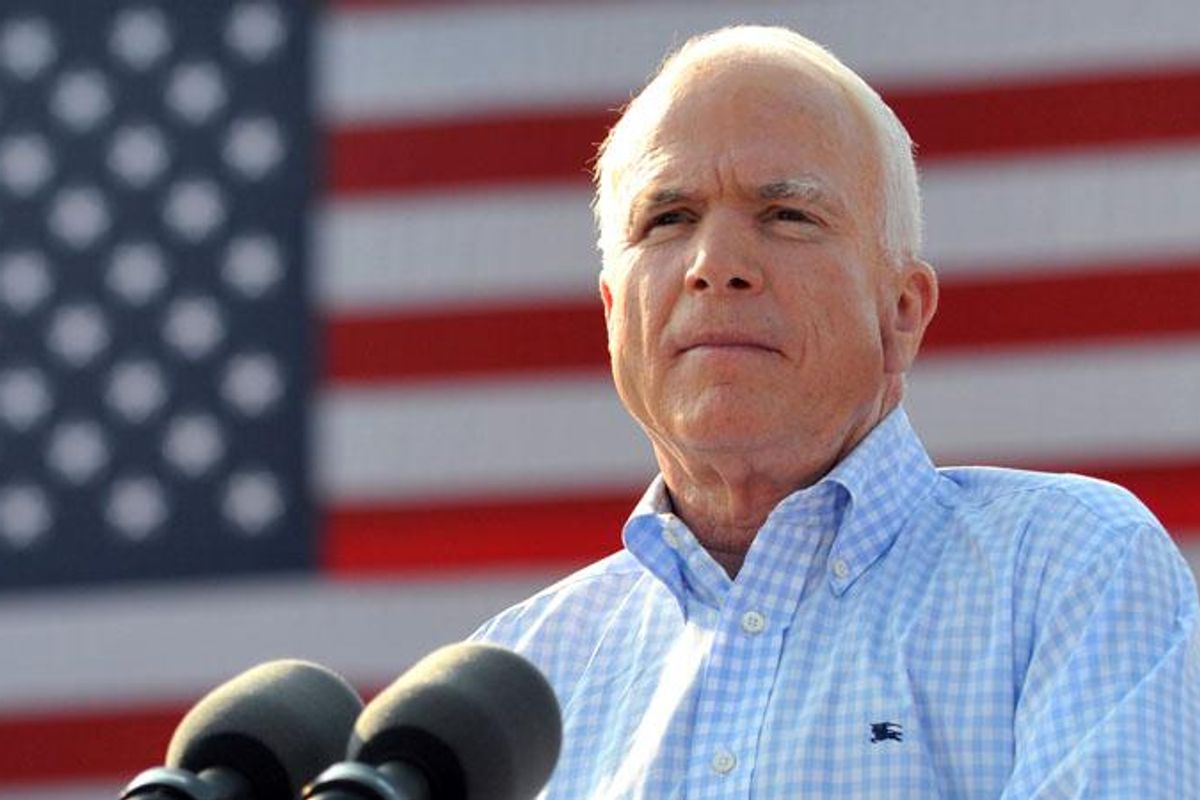 MAGA Republican Kari Lake failed to secure a win in her gubernatorial ambitions, which has caused many to speculate on which of her tactics was the final nail in the political coffin.

Lake fans have already pushed her not to support the results and Lake herself posted a tweet calling the race "BS." One of her biggest fans, former President Donald Trump said on his personal social media account, "Wow! They just took the election away from Kari Lake. It’s really bad out there!"

Speaking on a panel for Laure Coats Monday, political analyst Gloria Borger said that Lake made a "bad bet" and that Republicans would likely do a post-mortem examination of her failures.

But it made Coats wonder if the debate between Donald Trump and the late Sen. John McCain (R-AZ) was a factor. Trump has long attacked McCain and as a Trump loyalist, Lake followed the lead.

Kyung Lah, senior national correspondent for CNN, from the ground in Arizona that anti-Lake Republicans are the ones who are responding to the Hobbs victory.

She cited long-time Republican John Graham, who supported Hobbs, who said that he simply couldn't stomach her indecency.

"Civility has won here in Arizona and across the country," he also said.

A Republican strategist who didn't want to be named because they were still working on the ground in Arizona, told CNN, "Kari Lake told a legion of John McCain supporters across Arizona that they could go to hell. Tonight, they returned the favor."

It's a reference to a moment when Lake was speaking at C-PAC and told the crowd that her campaign "drove a stake in the heart of the McCain machine."

"This was the McCain machine striking back," said Lah.

"Telling John McCain supporters to go to hell, calling people RINOs, people don't agree with you — well, people are not going to support you," Dent continued. "I don't know how people think they're going to win elections by appealing to the most narrow segments of their base. Having come from a swing state, a swing district, I understood math. I had to win 90 percent of the Republicans, over half the independents, and nearly 30% of the Democrats to win. You don't win by saying these idiotic things that she was saying. It's as if they want to lose. We have our own version of Kari Lake in Pennsylvania — it's called Doug Mastriano."

"Right! He just turned off independents," Dent explained. "A lot of Republicans. And certainly Democrats. But these people don't understand that they need -- they want to win converts. They want to excommunicate everybody that doesn't seem to agree with them."

See the full discussion below:

Today24.pro
One of The Greatest Britons in History - Joe Calzaghe I make $1,000 a month by promoting Amazon products on social media. It only takes 5 hours per week — here's how I set up my side hustle. LAMB BUTTER Will Melt in Your Mouth! Ancient Food on the Silk Road! RoboCV: stacker robot