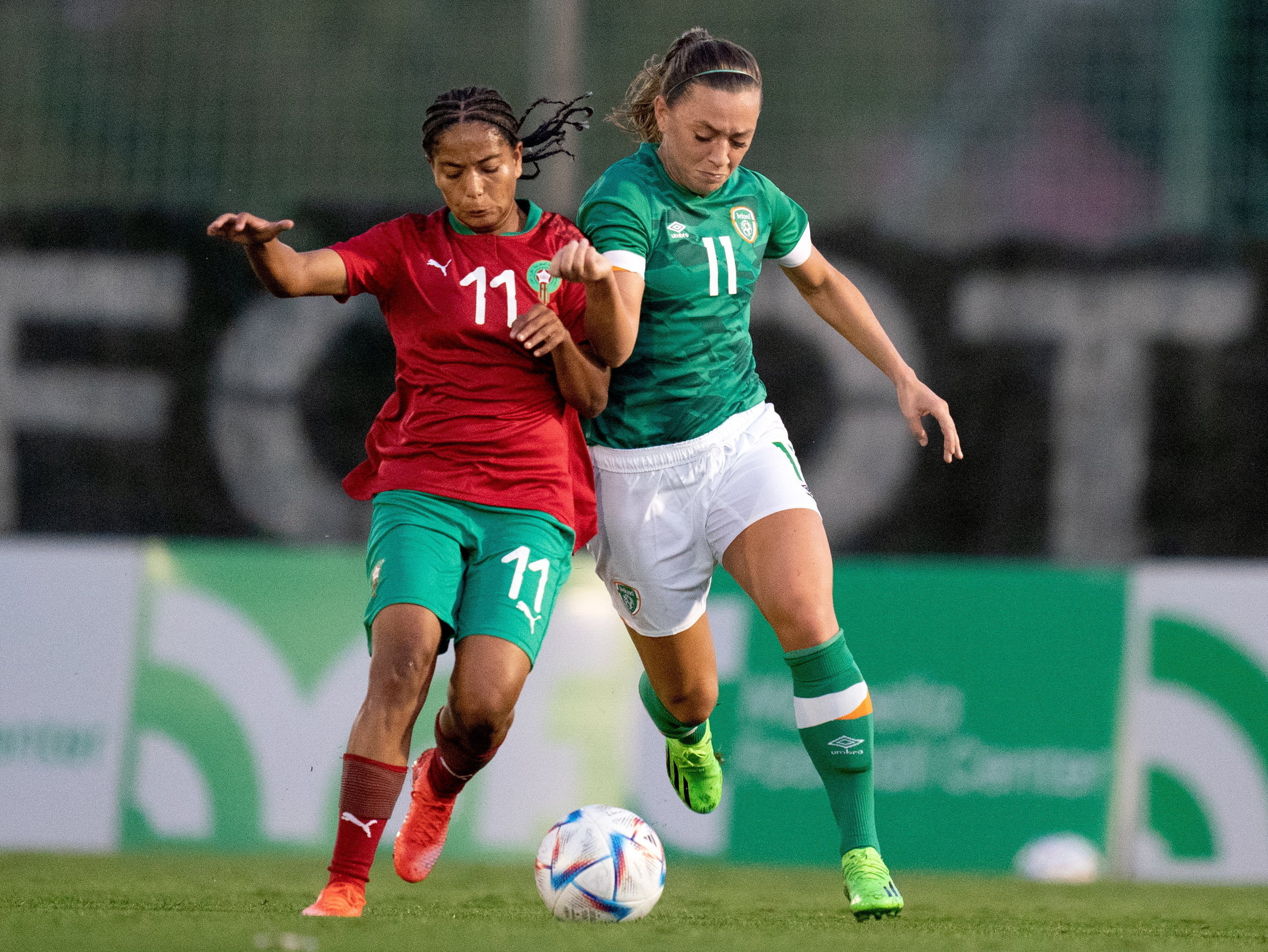 This was the 10th game of 2022 for Vera Pauw's squad and they sealed the win courtesy of goals from Megan Campbell, Katie McCabe, Louise Quinn and Kyra Carusa.

On what was Quinn’s 100th senior appearance, Ireland went with a strong starting line-up and had the uncapped duo of goalkeeper Katie Keane and midfielder Erin McLaughlin on the bench for the first time.

Defender Jessie Stapleton was not part of the match-day squad due to a knock picked up in a training game against the same opponent three days before – which ended in a 2-2 draw courtesy of an Abbie Larkin header and a penalty from Saoirse Noonan.

In this game, which was classified as a full international, Ireland made a fast start with Campbell scoring her fourth senior goal when she cut inside her marker to curl a left-footed effort into the back of the net after just two minutes.

Morocco barely had a chance to regroup when they conceded a penalty that McCabe converted. Two goals up before the clock had even hit double digits.

The African side did hit back with a period of pressure and midfielder Amani Salma went close with a shot on 19 minutes.

Just past the half hour, Lily Agg tried her luck with a volley from distance but it was off target. Still it was a sign of Ireland findng their groove again.

Just before the interval, Seghir Sabbah unloaded a long-range strike after intercepting a pass from Courtney Brosnan but the Ireland goalkeeper was equal to the effort.

Ireland got back into goalscoring form when Quinn added the third, which was her 16th overall in team history and the first with her foot – or at least rebounded in off her foot.

Substitute Carusa made it 4-0 on 79 minutes when she made sure it was a Birthday to remember by heading in from close range after peeling away from the Morocco defence.

Ireland will take a lot of positives from this game, and the eight days training in Marbella, as they build towards next summer's FIFA Women's World Cup.

Today24.pro
10+ Outdoor Survival Skills & Bushcraft Tips How to Fall Asleep in 60 Seconds (OR LESS) What has happened this MLB offseason? A look at all the moves made in the AL and NL Central. Dumb Things In Marvel's Phase 4 That Didn't Make Any Sense