The Super Taikyu Organisation (STO) has published the entry list for the seventh and final round of the Eneos Super Taikyu Series powered by Hankook at Suzuka Circuit, taking place on 26-27 November.

Every class will feature in this five-hour season finale: Eight competitive classes of GT3, GT4, TCR, and various production vehicles, along with the concept vehicles showcased in the ST-Q class, will combine for a provisional 57-car entry.

Two new vehicles will make their racing debut at Suzuka, the first of which is the all-new Mazda3 Bio Concept from Mazda Spirit Racing. 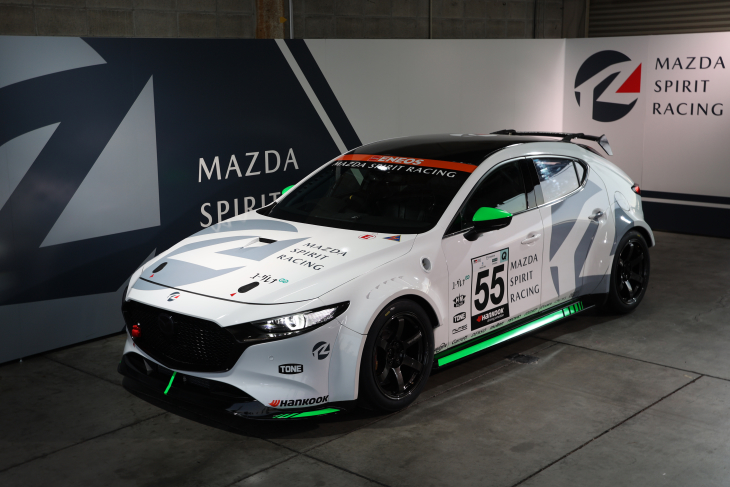 The Mazda3 Bio Concept is the continuation of Mazda Spirit Racing’s work with biomass-derived, diesel-powered racing concepts that began a year ago with the debut of the Mazda Demio Bio Concept in the 2021 finale at Okayama, and continued throughout 2022 with the updated Mazda2 Bio Concept.

It will be powered by the 2.2 litre, twin-turbocharged, inline four-cylinder Mazda Skyactiv-D engine, modified to run on Euglena Susteo biomass-derived fuel.

Kazuhiro Terakawa, Kaoru Ijiri, Yutaka Seki, and Mazda Motor Corporation Managing Executive Officer Ikuo Maeda will drive the new Mazda3 Bio Concept as they have for most of the season in the previous Mazda2. This time, they’ll hope to measure their performance against the Toyota GR86 and Subaru BRZ carbon neutral fuel (CNF) concepts from ROOKIE Racing and Team SDA Engineering. 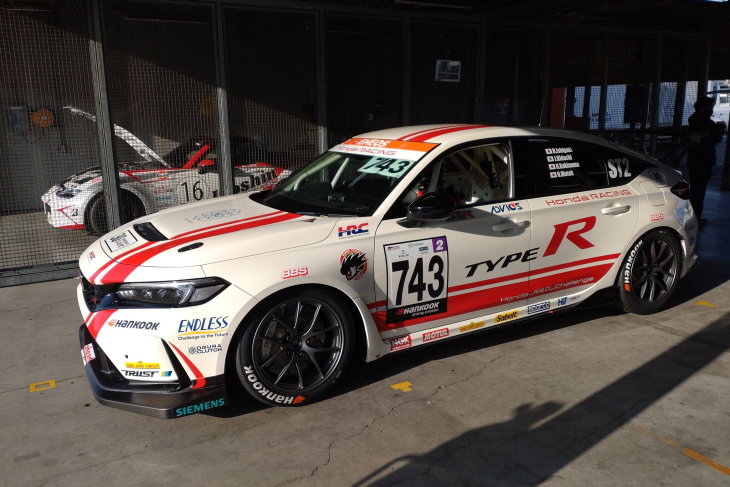 Also making its debut is the newest Honda Civic Type R (FL5), introduced to Super Taikyu by Honda R&D Challenge in the ST-2 class. It features an upgraded version of the two-litre, turbocharged K20C1 inline-four engine.

Six championships still remain undecided heading into this final race of the season, including the ST-X (GT3) championship where just two and a half points separate the top two teams. 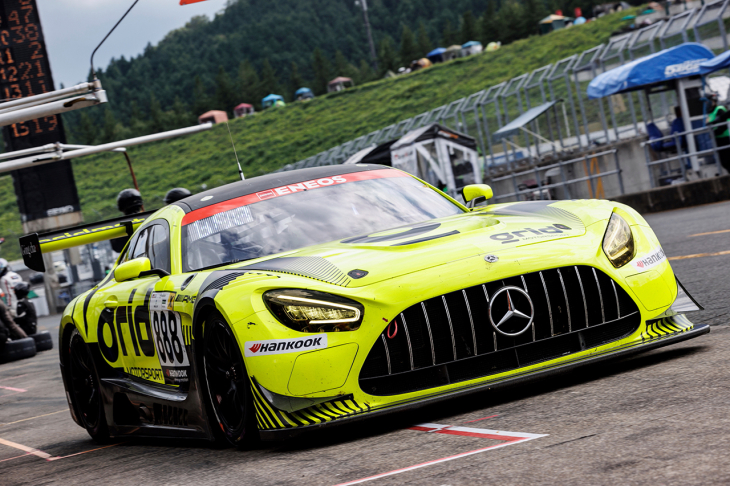 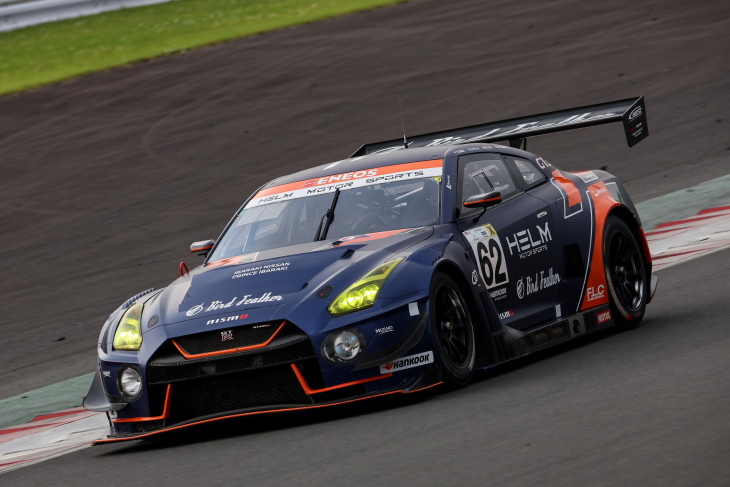 Martin Berry, Shaun Thong, Shinichi Takagi, and Daisuke Yamawaki will represent Grid Motorsport in this final round while Yutaka Toriba, Yuya Hiraki and Reiji Hiraki will represent HELM Motorsport. Thong was previously recruited as HELM’s fourth driver for the Fuji 24h, before he replaced Haruki Kurosawa in the regular lineup at Grid Motorsport. The only other team with a chance at becoming champion is GTNET Motor Sports (#81 Daishin GT-R GT3; Noboyuki Oyagi/Takayuki Aoki/Kiyoto Fujinami/Natsu Sakaguchi) but in order to take the title they need to win their class with the top two title contenders finishing sixth and seventh in the seven-car class, or failing to finish.

It’s a close two-way battle in the ST-1 class between the #2 K’s Frontier KTM Cars X-Bow GTX (Taiyo Ida/Hiroki Katoh/Kazuho Takahashi/Hiroki Yoshimoto) and the #47 D’station Racing Aston Martin Vantage GT8R (Kenji Hama/Manabu Orido/Jake Parsons), which are separated by just three and a half points. The #38 Tracy Sports Toyota GR Supra (Yuui Tsutsumi/Yuichi Nakayama/Kota Matsui) is a mathematical longshot to win the title: They would need to win their class with both the #2 and #47 retiring from the race.

And in ST-5, six teams out of the 15 total entries still have a mathematical chance to become the champion. The #72 Ohlins/NATS Mazda Roadster (Tetsuya Yamano/Makoto Kanai/Toshiya Nojima) currently has an eight and a half point advantage over the #4 Team Bride Honda Fit 3RS (Yuya Ohta/Hiroshi Ito/Hiroki Kokuzawa/Rina Ito), which is just two points ahead of the #17 Team NOPRO Mazda Demio (Kazunari Yoshioka/Tobio Ohtani/Yuya Tezuka/Toshihiko Nogami).

Meanwhile, the #52 Saitama Toyopet GreenBrave Toyota Crown RS (Naoki Hattori/Hiroki Yoshida/Kohta Kawaai) will clinch the ST-3 title if it finishes the race, as will the #86 TOM’s Spirit Toyota GR86 (Shunsuke Kohno/Kenta Yamashita/Takamitsu Matsui) in ST-4. And the #225 Kobe Toyopet Motorsports Toyota GR Yaris (Hibiki Taira/Rin Arakawa/Jiei Okuzumi) can clinch the ST-2 title by finishing fourth or better out of the six car class.

The ST-Z (GT4) championship has already been decided, and new champions Team 5Zigen have not only decided to skip this last race but to put their title-winning Mercedes-AMG GT4 up for sale. However, second place in the standings is still to be decided between the Toyota GR Supra GT4s of SHADE Racing (#885, Hiro Hayashi/Katsuyuki Hiranaka/Eijiro Shimizu) and MY CARS CSIRacing (#310, Manabu Yamazaki/Sho Tsuboi/Seita Nonaka). Also, ST-TCR returns for the final race, with the #75 Team Noah Honda Civic TCR (“J” Antonio/Yoshikazu Sobu/Shigetomo Shimono/Shingo Wada) already crowned champions back in Motegi.