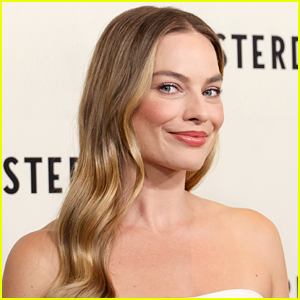 Margot Robbie has opened up about a time in her life when she almost quit acting entirely.

During her cover story with Vanity Fair, the 32-year-old actress revealed a lot of things about her career and personal life, and also told a story about how she almost gave everything up after starring in The Wolf of Wall Street.

Speaking to the magazine, Margot recalled the success she found after starring in the film with Leonardo DiCaprio.

She had just come from starring in Australian TV series Neighbours, as well as the short-lived series Pan Am.

“Something was happening in those early stages and it was all pretty awful,” she shared. “I remember saying to my mom, ‘I don’t think I want to do this.’ And she just looked at me, completely straight-faced, and was like, ‘Darling, I think it’s too late not to.’ That’s when I realized the only way was forward.”

Margot says that part of the reason she was thinking about giving everything up was due to her brush with paparazzi.

“I know how to go through airports, and now I know who’s trying to f*** me over in what ways,” she said, before adding, “If my mom dies in a car accident because you wanted a photo of me going in the grocery shop, or you knock my nephew off a bike — for what? For a photo? It’s dangerous but still weirdly nothing feels like it changes.”

Find out what else she shared in her interview here…

Today24.pro
RoboCV: stacker robot I make $1,000 a month by promoting Amazon products on social media. It only takes 5 hours per week — here's how I set up my side hustle. One of The Greatest Britons in History - Joe Calzaghe Billionaire investor Howard Marks touts a bargain boom as interest-rate fears grip markets - and predicts a surge in companies going bankrupt