The sports teams at Virginia Tech and the University of Virginia have one of the fiercest rivalries in all of college athletics. But sometimes, those competitive feelings must be set aside. When the dust settles after a matchup between the ‘Hoos and Hokies, these people are brothers and sisters – and Virginians.

So, when something unimaginably awful happened Sunday night in Charlottesville – where three UVA football players were shot and killed by a former member of the team – folks in the athletic department at Virginia Tech felt they needed to do something.

In a gesture of empathy that also displayed class and respect, Virginia Tech wore warm-up t-shirts honoring the victims before its game against USC Upstate.

In orange lettering on white shirts, the message read: “#HokiesForHoos.” Underneath that was the football jersey numbers of each player whose life was taken: 1 for Lavel Davis Jr., 15 for Devin Chandler, and 41 for D’Sean Perry.

Virginia Tech was the only women’s basketball team from the Commonwealth of Virginia scheduled to play Monday night.

According to a Virginia Tech spokesperson, Brooks had the idea of doing something with the Hokies warmups, and the whole women’s basketball staff and managers jumped into action Monday morning. Erin Cash – the athletic trainer for the women’s basketball team – used her Cricut machine and designed the shirts with the help of students Katie Schiefer and Barrett Amott.

Equipment manager Kendall Dillard acquired the Nike shirts and applied the design with the help of Erik Lewis, the senior director of equipment services for Virginia Tech.

“It was a true team effort to accomplish in the span of about four hours,” said Carter Brown, director of creative communications for the Hokies.

Brooks released a statement earlier Monday, saying, “Our hearts go out to the University of Virginia and the city of Charlottesville. Today we come together as one community. We must show love, compassion and unity. The Virginia Tech women’s basketball program sends its unwavering love and support and are praying for all those who were affected by the senseless acts that occurred last night.”

Brooks is a lifelong Virginian who was born in Waynesboro and played at James Madison. He coached the Dukes for 14 seasons before taking the job at Virginia Tech in 2016.

The suspected Charlottesville shooter is in police custody. Two other unnamed victims are being treated for injuries. 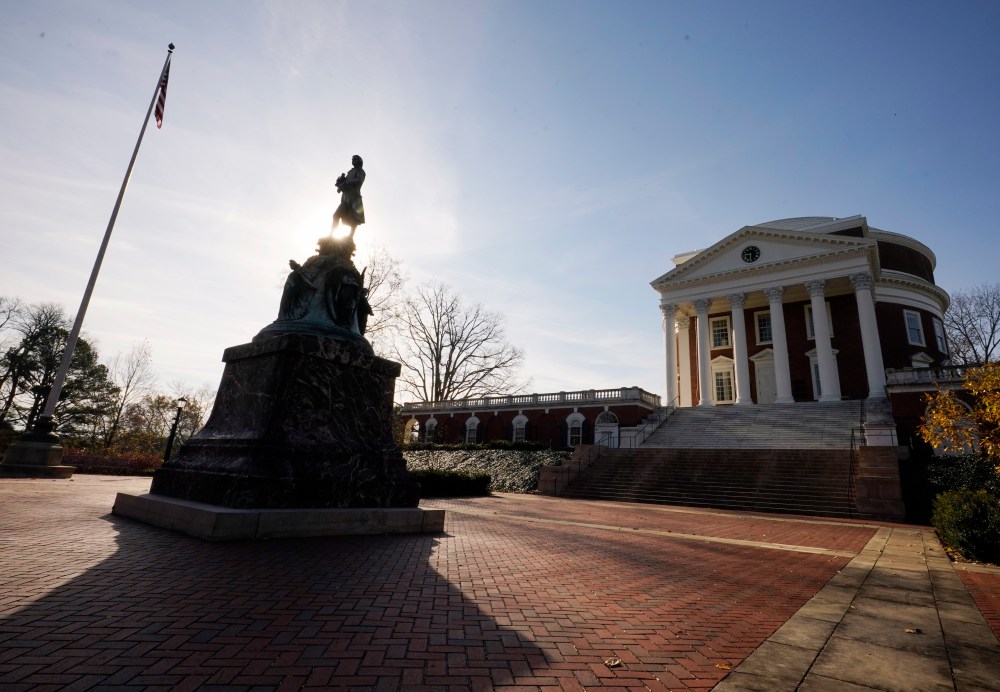