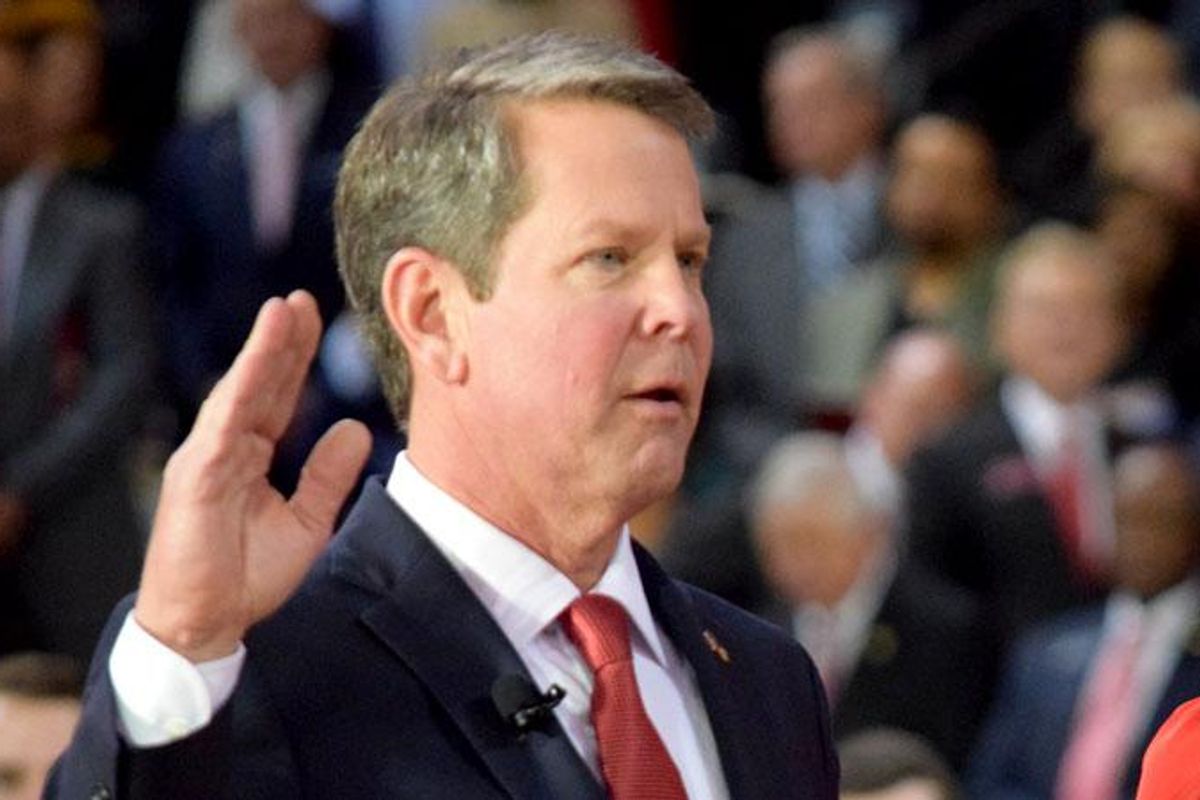 On Monday, the Atlanta Journal-Constitution reported that Gov. Brian Kemp (R-GA) is set to testify before a grand jury on Tuesday, as part of the Fulton County investigation into the plot by former President Donald Trump and his allies to overturn the results of the 2020 presidential election in Georgia.

"The Republican, who cruised to re-election last week, is among the most high-profile witnesses to testify before the 23-person grand jury. His blockbuster appearance represents a hard-fought victory for the Fulton County District Attorney’s office, which has been angling for Kemp’s testimony for a year-and-a-half," reported Tamar Hallerman and Greg Bluestein. "Spokesmen for Kemp and DA Fani Willis declined to comment. The two sources who spoke with The Atlanta Journal-Constitution asked for anonymity because they were not authorized to speak on the record."

"Kemp is a central witness to the investigation, which Willis launched in Feb. 2021. The grand jury was seated in May to help her compile evidence and testimony," said the report. "In late 2020, Kemp faced a barrage of attacks from Trump and his allies after he refused their calls to illegally convene a special session of the state legislature to undo Democrat Joe Biden’s narrow victory in Georgia. Kemp said that state law barred him from 'interfering.'"

Kemp subsequently went on to win back support from much of the Trump base with a strict voter suppression bill that some experts compared to a new Jim Crow. Despite this, Trump backed former Sen. David Perdue for governor against Kemp, who beat back the primary challenge easily.

"Fulton prosecutors previously said they’re interested in questioning Kemp about the identities of the people who tried to get in touch with him following the 2020 elections; the contents of phone calls Kemp had with Trump or his associates; evidence the Trump campaign provided in support of its theory that Georgia’s election was rigged; whether Trump specifically sought a special election or other relief; and any threats that might have been made," said the report.

In addition to the pressure on Kemp, Trump made an infamous phone call to Georgia Secretary of State Brad Raffensperger, another Republican, and demanded that he "find" an extra 12,000 votes for him to prevent the race being certified for Joe Biden. Willis has been investigating all of these events as part of a broad-ranging criminal probe.