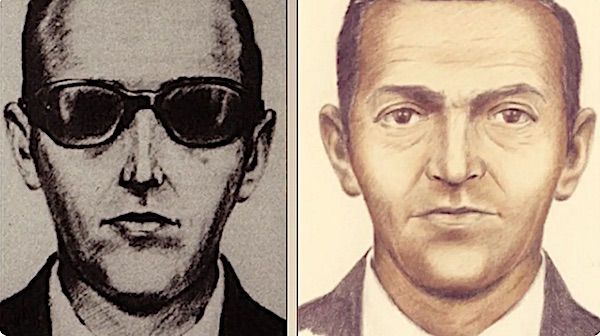 (FOX WEATHER) -- A simple black necktie may be the smoking gun to solving a mystery that has fascinated the country and law enforcement officials for 50 years: Who is D.B. Cooper, and what happened to him?

On the afternoon of Nov. 24, 1971, a nondescript man calling himself Dan Cooper approached the counter of Northwest Orient Airlines in Portland, Oregon. He used cash to buy a one-way ticket on Flight #305, bound for Seattle.

Shortly after the flight took off, he slipped the stewardess a note saying that he had a bomb in his briefcase and demanded that she write down what he told her to. The stewardess made her way to the captain's cabin with Cooper's new note, which demanded four parachutes and $200,000 in $20 bills.

I have big boobs & have to use weird methods to make them fit in clothes – the girls that get it, get it

Today24.pro
Anthony Joshua returns to America in search of new coach ahead of boxing return and links up with trainer Virgil Hunter Marin commercial property sales sapped by interest rate hikes Sam Bankman-Fried could face extradition from the Bahamas to the US: Here's how, legal experts explain The Darkest Secret and Tragedy of Edwin Valero