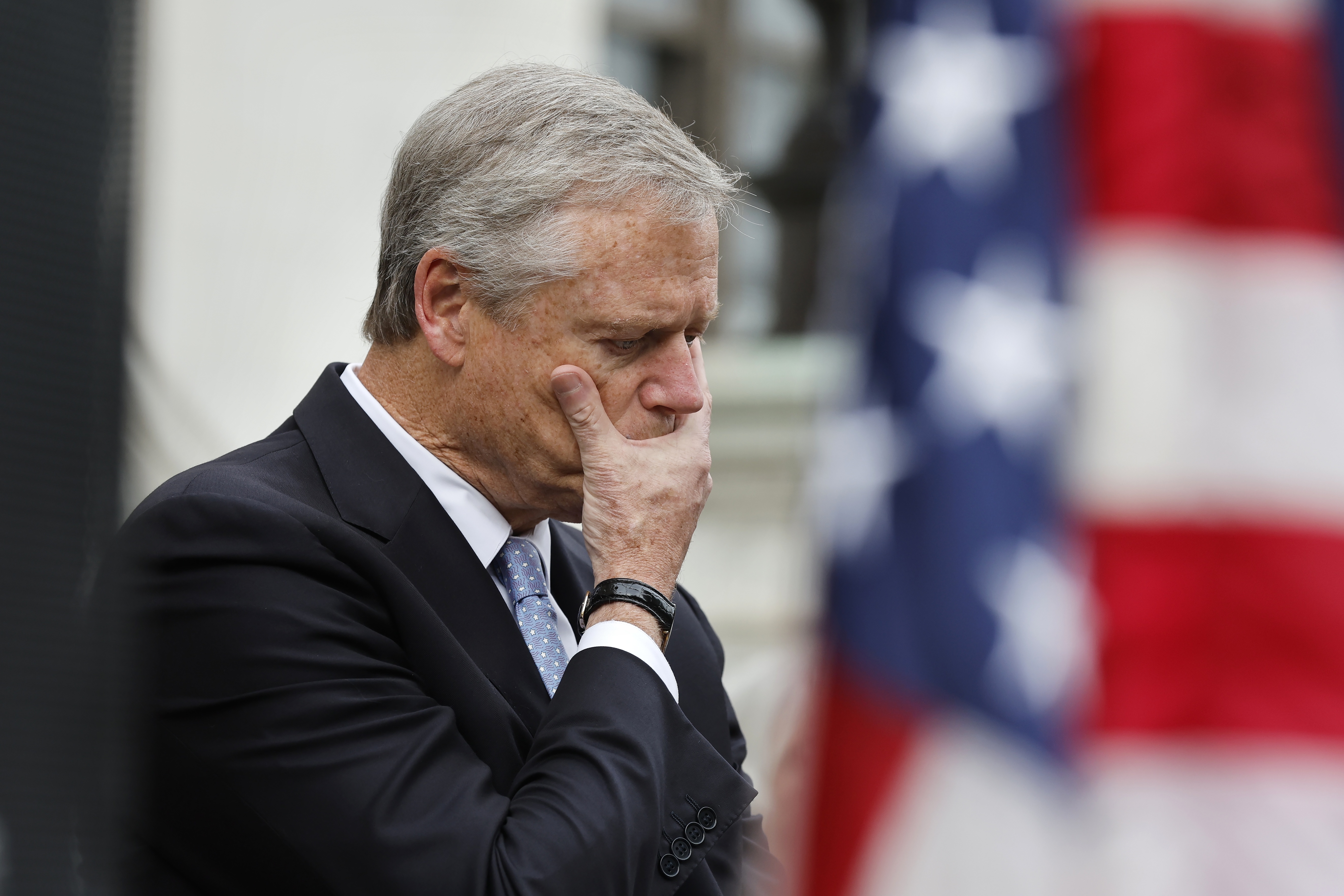 BOSTON — Massachusetts Republican Charlie Baker, the nation’s most popular governor, is urging his party to “move on” from Donald Trump on the eve of the former president’s expected 2024 campaign launch.

The two-term moderate, who has criticized Trump in the past but generally eschews wading into national politics, sat down for a rare cable news interview to deliver the warning.

“One of the messages from the election, for Republicans generally, is we need to as a party to move past President Trump and to move on to an agenda that represents the voices of all those in the party and the people of the country,” Baker told CNN’s Jake Tapper in an interview at the Massachusetts governor’s office that aired Monday.

“That’s clearly one of the messages that was sent to us by battleground-state voters and independent voters in particular — that they don’t want to play this game through the voice of one person or one personality,” Baker said in the interview, which was taped on Sunday. “And they want us, if we want to win races and to govern, to completely change the way we think about how we do this.”


Baker has said he left the presidential line of his 2016 and 2020 ballots blank rather than vote for Trump. He also emerged as a critic of the former president over his administration’s handling of Covid-19, the Jan. 6 riot at the U.S. Capitol and Trump’s false claims that the 2020 election was stolen.

“I certainly think there’s significant influence from the former president and I think that influence probably hurt the party and hurt the party’s chances on Election Day” in Massachusetts and across the country, Baker told Tapper.

Diehl was among the dozens of Republicans running for governor, Congress and secretary of state who embraced Trump’s election denials only to lose their midterm races in what Baker views as a repudiation of extremism.

“The biggest issue that played out in the midterms is something that I’ve talked about a lot over the course of the past eight years, which is voters, generally speaking, especially in battleground states, aren’t interested in extremism. They just aren’t,” Baker said. “One of the big lessons that the Republican Party nationally needs to take away from it is voters want collaborative elected officials, they don’t want extremes.”

Baker has repeatedly said he has no intention to run for president in 2024 as some of his allies, including outgoing Maryland GOP Gov. Larry Hogan, mull bids. He acknowledged on CNN that his brand of moderate New England Republicanism might not jive with GOP voters in other parts of the country.

It didn’t resonate in several key races at home.

But Healey, the progressive prosecutor who burnished her profile by repeatedly suing the Trump administration and taking on pharmaceutical companies over the opioid crisis, ran a more moderate campaign in Baker’s image and won by nearly 30 points.

And Baker, the latest in a long line of fiscally conservative and more socially moderate Republicans who won the governor’s office in reliably blue Massachusetts by appealing to independents and Democrats, is now urging his party to do the same.

“It’s going to be really important for us to broaden our horizons and get beyond what I would call the core of the party and to start talking to a lot of those independents, of which we have more every day, who are willing to hear us out,” Baker said. “Discerning voters who make their decisions based on the people, the issues and the context in that moment — those are going to be the people who determine who wins elections going forward.”

I sold everything I owned and bought a tiny home on wheels for £1.3k – van life is so cheap, I’m saving loads