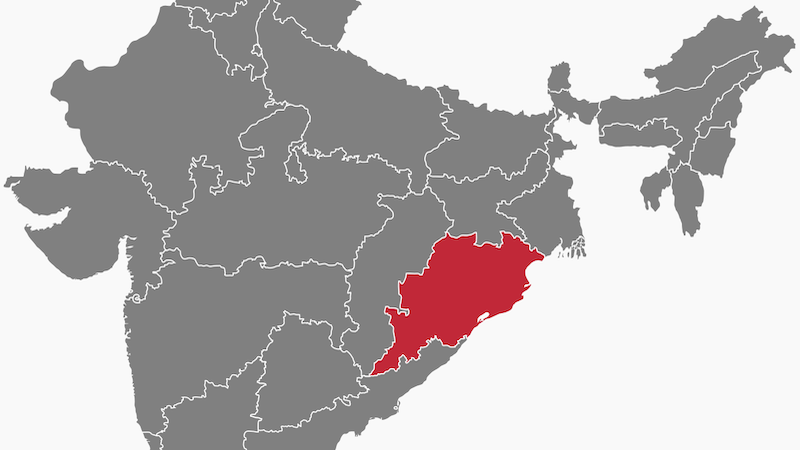 On November 4, 2022, State Director General of Police (DGP), Sunil Kumar Bansal, on the sidelines of the inauguration of the District Intelligence and Operation Centre in Nuapada District, disclosed that a joint task force to combat Left Wing Extremism (LWE) would be formed in view of the vulnerabilities of the district to Naxalites (Left Wing Extremist) activities in neighbouring Chhattisgarh. The joint task force would comprise troops from the Central Reserve Police Force (CRPF), District Voluntary Force (DVF) and Special Operations Group (SOG) posted in areas bordering Chhattisgarh, and would work to thwart attempts by the Naxalites in the district to engage in violent activities. He further instructed the Security Forces (SFs) to intensify anti-Naxalite operations and set up more camps in the area.

Significantly, there has been an increase in rebel activities in the District in the current year.

On August 18, 2022, Communist Party of India-Maoist (CPI-Maoist) cadres killed a man, identified as Ananta Rout (36), a native of Chhattisgarh who had relocated to Dhekunpani more than a decade ago, at Dhekunpani village in the Sunabeda Wildlife Sanctuary, close to the Chhattisgarh border.  The ‘Mainpur-Sunabeda divisional committee’ of CPI-Maoist claimed responsibility for the incident in through pamphlets and posters, and warned people against working on behalf of the Police. In the pamphlets and posters, the ultras stated that Rout was punished as he was a ‘police informer’.

The last civilian killing before this was reported on April 16, 2018, when CPI-Maoist cadres killed Hirasingh Majhi, a former sarpanch (head of the Panchayat, village level local-self Government institution) and dumped his body in the Sahajpani Forest, five kilometers away from the Bhainsadani Gram Panchayat under Boden Police limits. A total of 12 civilians have been killed in the district since March 6, 2000, when South Asia Terrorism Portal (SATP), started documenting LWE-linked violence in the country.

Moreover, on June 21, 2022, three CRPF personnel were killed in a CPI-Maoist attack in the Patadhara Reserve Forest in the Bheden Block(administrative division). The incident happened when the CRPF personnel were going from one camp to another, and it is suspected that the Maoists had prior information regarding the movement of the forces.

The last fatality in the SF category was reported way back on November 29, 2013, when CPI-Maoist cadres opened fire and killed two Policemen in the Sunabeda Sanctuary area. Seven SF personnel have been killed since March 6, 2000.

On the other hand, the lone Maoist fatality since March 6, 2000, was recorded on April 14, 2014, when a female CPI-Maoist cadre, identified as Jayanti, an armed cadre of the CPI-Maoist ‘Mainpur-Nuapada divisional committee', was killed in an exchange of fire with SFs in the Sunabeda Sanctuary.

In terms of overall fatalities as well, with four fatalities (data till November 13), 2022 has been the worst year since 2013, which also recorded four fatalities (two civilians and two SF personnel). The district has recorded a high of four fatalities in a year thrice, including 2011. Prior to the June 21, 2022, incident mentioned above, the last killing in the district was reported on April 16, 2018.

The data suggests a spike in Maoist violence in the current year.

In the most recent incident, on October 25, 2022, following encounters, SFs neutralized a CPI-Maoist camp and seized arms and ammunition in a forest in Nuapada District. Superintendent of Police, Pratyush Diwakar stated,

During the operation, the Maoists opened fire and the security forces retaliated. Following the exchange of fire, the Maoists escaped into deep forest. Later in the day, while the security forces were carrying out combing operation, the Maoists again opened fire and an exchange of fire ensued for around 5 minutes. This time also the Left wing extremists managed to escape. According to our intelligence, a Maoist team led by Murali and Jayaram is moving in the reserve forest on the border with Chhattisgarh. We have intensified the combing operation to nab them.

Following the second encounter, the SFs recovered some arms and ammunition.

According to the official site of the Odisha State Police, LWE activities remained under control in the State, though the problem remained challenging in parts of Nuapada, Koraput, Kalahandi, Rayagada, Kandhamal and Malkangiri Districts.

On June 19, 2021, the Union Ministry of Home Affairs (UMHA) included Nuapada, along with nine other Districts of the State (Bargarh, Bolangir, Kalahandi, Kandhamal, Koraput, Nabarangpur, Malkangiri, Rayagada, and Sundargarh), among the 70 LWE-affected Districts in 10 States across India, to be covered under the Centre's 'Security Related Expenditure (SRE)' scheme, which funds focused operations against the ultras.

Meanwhile, on September 7, 2022, in a unique gesture to appeal to all Maoists to shun violence and enter mainstream, and to work together for nation's progress, the Nuapada Police facilitated the wedding ceremony of two former Maoists, Rahul Musaki alias Pintu and Dalmati Kamar alias Madhuri, at the Reserve Police ground in Nuapada District. Following the ceremony, the Inspector-in-Charge of Jonk Police Station, Kailash Sethi, who acted as the bride's father, stated,

We are very happy to be a part of the former Maoist couple's wedding. All the officials of the police station and police outpost attended the wedding. We expect them to lead a life of an ideal couple. We hope this will set an example for other Maoists to join the mainstream soon and we will accept them with a warm welcome.

Nuapada District is located in the western part of Odisha with its boundaries extended in the north, west and south to the Raipur district of Chhattisgarh State, and in the east to Bargarh, Bolangir and Kalahandi Districts of Odisha. Nuapada is spread over an area of 3,852 square kilometres and was part of the undivided Kalahandi district till early March 1993. The present Nuapada District comprises one sub-division (Nuapada), five tehsils (Nuapada, Khariar, Komna, Boden and Sinapali) and five blocks (Khariar, Sinapalli, Boden, Nuapada and Komna). The plains of Nuapada subdivision are fringed with rugged hill ranges, stretching southward, into the main line of the Eastern Ghats, and contain extensive plateaus at about 4,000 feet (1,200 metres) in elevation, with long tropical grass growing over them. Specifically, the district shares its borders with Naxalite-affected Chhattisgarh to the north, west and south, making Nuapada an ideal spot for a guerrilla safe haven.

Seven CRPF Companies (each of 135 personnel), along with three teams of the SOG, 33 DVF units, and six Indian Reserve Battalion and 18 Odisha Special Striking Force Battalion, are deployed in Nuapada to counter the rebels.

Maoist violence in Nuapada had been contained over an extended period of time. The current spike is a warning that the rebels retain some residual capacities, and need a  sustained effort by the SFs to secure  an enduring peace in the district.

Josh Allen to help eliminate over $10 million of debt in Buffalo, Wyoming, California

Today24.pro
Hans Niemann in the sole lead at the 3rd El Llobregat Open Best Android app 2022 – Google reveals top pick for the year and it’s totally free Anthony Joshua returns to America in search of new coach ahead of boxing return and links up with trainer Virgil Hunter The Darkest Secret and Tragedy of Edwin Valero