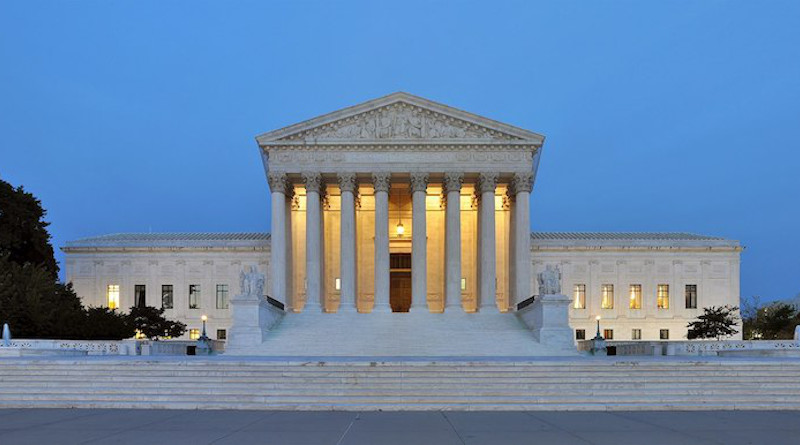 Let’s make a collective raspberry for the biggest loser of this off-year Congressional election: Supreme Court Justice and easily the most grouchy and sanctimonious jurist on the High Court bench Samuel Alito.

It was Alito who led the charge to finally accomplish what the vast majority of male Republican members of Congress and state legislatures across the country have been dreaming of doing for almost half a century: overturning the Supreme Court’s Roe v Wade precedent barring states from outlawing a woman’s right to abortion and to control her own body’s reproductive system.

Alito, who wrote the legal opinion justifying the 6-3 decision he made along his five  radical right-wing Federalist Society justices on the bench — all guilty of  lying in their confirmation hearings testimony by many claiming that they viewed Roe v. Wade as “settled law,” wrote that, “”It is time to heed the Constitution and return the issue of abortion to the people’s elected representatives.”

This was classic Alito. While he was right that it was time to turn it over from the six robed ayatollahs, but wrong about who would be taking over the battle:  not the people’s elected representatives (heaven forfend!) but the voters — those people whom Alito and most Republican judges at all levels have shown so little regard for, unless they’re white.

Now that he accomplished that handover, he must be shocked at what they’ve done! Massive numbers of women since the court’s hugely partisan ruling in Dobbs v Jackson Women’s Health Organization, and massive numbers of formerly disinterested young adults of both sexes ran out and registered to vote in this November election. And guess what? They voted against Republican legislators’ efforts to ban abortions in their states, following the early lead of women and young people in a Kansas referendum to ban abortions in the state’s constitution last August. They went on this past Nov. 8, voting to dump a surprising number of Republican members of Congress as well as Republican governors and Republican state legislators.  (According to exit polls, the clinching Democratic Senate win by Catherine Cortez Masto in Nevada, announced late Saturday, came because Nevada exit polling showed 89% of Cortez voters said that anger over the Supreme Court’s overturning of Roe was their biggest concern.)

“Justice” Alito, in his  Dobbs opinion, writes that “Roe fanned into life an issue that has inflamed our national politics in general, and has obscured with its smoke the selection of Justices to this Court in particular, ever since.”  (A historical error on his part which ignores the decades before Roe during which women and supportive men fought tirelessly to legalize abortion, winning that right in a number of states, notably in New York in 1970.). He later adds towards the end of the 78-page tract, “The turmoil wrought by Roe and Casey would be prolonged. It is far better—for this …Court and the country—to face up to the real issue without further delay.”

Well, he may have thought his success in ending any federal court protection of a woman’s right to control her own health care and to get an abortion if she wanted or needed one, would end that “Roe-induced”  (sic) turmoil, but the women and young people of both sexes across this country just proved him wrong.

This was an election that, based on prior history, given an uninspired and widely unpopular Democratic president in the White House,  inflation at a high point, the country mired in a terribly dangerous and unpopular war with Russia, and with the economy heading towards recession, should have produced to a huge vote for the opposition Republican candidates on the ballot. Alito single-handedly turned it instead into a huge slap-slap down of the GOP and particularly of those Republicans trying to further weaken women’s right to abortion.

Sure, there were also people who voted to “save democracy” from Trump’s white nationalists, but that would not, on its own, have kept the Republicans from romping to a typical off-year electoral triumph.

Regardless of whether the Democrats ultimately manage to squeak out an extremely narrow win to keep control of the House to go with their razor-thin majority in Senate, it will be outrage over the Supreme Court’s Roe decision that produced the result: a major loss for the Republican Party, which had been expecting sweeping wins in both houses.

Like that loser Trump, who appears to be waddling off into history’s dustbin, Alito’s misogynist legal over-reach in overturning Roe, with the help of votes by his  Federalist Society fundamentalist Catholic hack colleagues is likely to make this reactionary joke of a Supreme Court into a brief historical stain on the longer historical record of US jurisprudence, which had been moving towards increasing freedom and equal justice before the law.