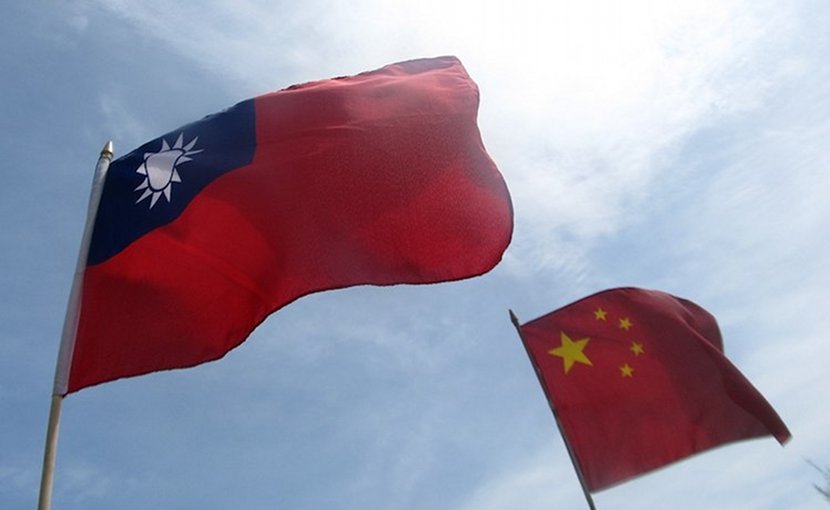 The Taiwan issue figured prominently in the 20th National Congress of the Communist Party of China (CPC). Chinese President Xi Jinping while speaking at the opening session of the Congress highlighted that China will continue to strive for peaceful reunification, but will never promise to renounce the use of force, particularly directed at interference by outside forces and the separatists seeking ‘Taiwan independence’.

China’s reference to “interference by outside forces” is often interpreted in terms of the evolving dynamics of the US-Taiwan relations, however, the strategic community in India must also take note of the fact that the budding relationship between India and Taiwan has also been ruffling quite a few feathers in Beijing and has evolved as a major talking-point among Chinese strategists in recent months.

It is apparent from the writings of Chinese strategists that Beijing has reservations against Taiwan’s New Southbound Policy, which was introduced by the Tsai Ing-wen government in 2016[1]. Chinese scholars consider this as Taiwan’s ploy to obstruct the Cross-Strait economic and trade integration and gain international political space for itself[2]. The fact that Taiwan rejected China’s Belt and Road Initiative (BRI) and came up with a policy of its own to develop its economy to its own terms, is somewhat disliked in Beijing policy circles.

What further annoys the Chinese side the most is the New Southbound Policy’s emphasis on India. Chinese scholars believe that the “new” in Taiwan’s New Southbound Policy is about Taiwan’s relations with South Asia, particularly India, rather than with Southeast Asia. It is argued that Taiwan’s economic and trade exchanges with ASEAN nations are close to saturation, so the main direction of Taiwan’s foreign and economic policy from now on is going to be India. Assertions from key political figures from Taiwan like Huang Zhifang (James C. F. Huang), one of the main proponents of Taiwan’s New Southbound policy, former director of the New Southbound Policy Office and chairman of the Taiwan Foreign Trade Association, that “The Indian market is all that is needed for the development of Taiwan’s industries in the next 20 years”, further adding to the Chinese insecurity[3].

The discourse in Beijing is that India and Taiwan can be a lethal combination. Both have trust deficit with China, both wants to reduce their economic dependence on China. India’s deep antagonism towards China strengthens Taiwan’s current stance, while Taiwan’s complicated ties with Beijing gives India an extra leverage over Beijing[4].

In other words, India’s economic rise is a one-of-a-kind opportunity for Taiwan, both economically and politically. On the other hand, Taiwan can play a critical role in India’s industrial upgradation and high-tech development. It is true that currently, India-Taiwan ties are yet to pick up pace as expected by both sides, but Chinese observers believe that the potential for cooperation is still huge and it is only a matter of time before both sides would like to realise the full potential of the relationship[7].

Furthermore, much to China’s discomfiture, the Taiwan-India relations seem to be blossoming at a time when Taiwanese businesses are understood to be increasingly losing interest in investing in the mainland. Chinese observers note how 10 years back, the mainland was the favourite investment destination of Taiwanese businessmen, accounting for 79.5 percent of Taiwanese foreign investments. However, of late, it is showing a downward trend, with Taiwanese investments in the mainland dropping by 14.5 percent  year-on-year, from January to November 2021.

China, therefore, maintains a high degree of vigilance against any “substantive collaboration” between India and Taiwan. Now, what does China consider as “substantive breakthrough in India-Taiwan ties”?[8] For example, in the realm of politics[9], it keeps a close eye on high-profile official exchanges between Taiwan and India. The Chinese embassy in India often issues public advisories or personal warning letters to concerned dignitaries, claiming Chinese sovereignty over Taiwan and demanding the Indian side to stop all sorts of official exchanges with it (Taiwan).

Secondly, China has also been keen to ensure that after Delhi and Chennai, Taiwan does not get the opportunity to set up more offices in India, particularly not in Mumbai[10]. In the economic space, China is keenly watching if the proposed FTA works out between India and Taiwan or if India further intensifies efforts to attract investments from Taiwan by setting up more industrial parks etc. for Taiwanese enterprises, and if Taiwan can reciprocate by opening up for Indian labour force[11]. China is also closely following the semiconductor cooperation between India and Taiwan. A glance at the Chinese internet shows the grudging commentaries over Taiwanese companies’ growing interest in India. For example, Chinese observers often resent how Guo Taiming, the Taiwanese tycoon and founder of the company Foxconn had benefitted from China’s low-cost labour and vast market, but instead of remaining loyal to the mainland, has now been shifting attention to India. In the last few years, the Chinese strategy has been to restrict Taiwanese businesses exclusively to the mainland, while preventing them from competing with China in external markets like India. The idea has been to get both Taiwan and India on board the overall structure of the and as part of a China-centred economic and industrial chain, and then possibly explore a model of China-Taiwan working jointly to open up the Indian market[12]. However, with such a plan not quite materialising, the Chinese strategic community has been increasingly bitter about the maturing of India-Taiwan economic relations.

The other important area of India-Taiwan cooperation that often figures in Chinese discussions is in the realm of space. Will India-Taiwan scientific research cooperation extend to space research? Will India play a role in Taiwanese satellite launches? These are some of the questions that are being discussed in China[13]. Further, in the military and security field, it needs to be noted that China considers India and Taiwan as the western and eastern front of its two-front military challenge. It, therefore, remains particularly concerned about India-Taiwan developing a mechanism in intelligence/information sharing, particularly in the naval domain, that can offset or balance the China-Pakistan arrangements vis-à-vis India[14]. Military attaché exchange and training of military officers from either side are also seen as red flags by the Chinese side[15].

Other than India-Taiwan bilateral convergence of interests, there are also apprehensions in China that certain external factors may further act as a catalyst driving India-Taiwan cooperation in the future. China is most concerned about the US-Japan factor in this regard.[16] For example, it is argued that despite the popular discourse in various Asian countries that India does not have the right investment environment, Japan has a long history of successfully investing in India and benefitting from the Indian market. China fears that there is no reason why Taiwan, which otherwise shares excellent ties with Japan, would not strive to replicate the Japanese experience in India[17].

Last but not the least, although the issue rarely figures in Indian strategic space, there are also some discussions in China about a collusion of Tibetan and Taiwan forces in India. There is a perception among Chinese strategists that Tibetans in exile in India as well as Tibetans in Taiwan can play an important role in improving India-Taiwan equations.

Overall, China for long has used border stability as well as economic dependence/opportunities associated with the mainland as key bargaining chips to keep India-Taiwan relations under check. However, with simultaneous deterioration in India-China relations and Cross-Strait ties, as both these cards seem to be losing relevance to a certain extent, there is heightened anxiety in China surrounding the India-Taiwan ties.

Should I Stay or Should I Go: José Abreu

Today24.pro
Crypto Lender Matrixport Raises Valuation to $1.5B Despite FTX Collapse I make $1,000 a month by promoting Amazon products on social media. It only takes 5 hours per week — here's how I set up my side hustle. Billionaire investor Howard Marks touts a bargain boom as interest-rate fears grip markets - and predicts a surge in companies going bankrupt ‘How many Uber drivers does it take to pick up a disabled person?’: Disabled person says 3 Uber drivers canceled on them because of their service dog