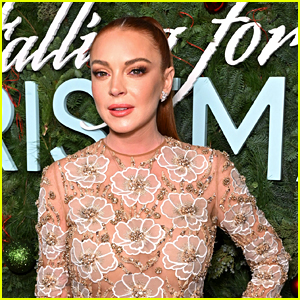 Lindsay Lohan is opening up about the scathing reviews over her fashion collection with Emmanuel Ungaro.

The 36-year-old actress, who just recently made a return to acting in Netflix’s Falling For Christmas, revealed in an interview with WhoWhatWear that it was unfair she was criticized so harshly for the collection, and runway presentation showing off the designs from her and co-designer, Estrella Archs.

The collection, which debuted in 2009, happened when Lindsay became the artistic director of French luxury label. It featured, according to Page Six, “hot pink minidresses, sequined jackets and heart-shaped nipple pasties” on the runway, and was labeled as “disappointing” and “tasteless”.

In her new interview, Lindsay recalls the backlash over the collection, which featured a lot of fashion staples that are commonly used today.

“[I miss] being involved in the fashion scene,” Lindsay admits, adding that she was judged too harshly for her work at Ungaro.

She added, “It’s funny … I got so much backlash for putting nipple tassels on the girls on the runway, and now, everyone does that, or they’re not wearing anything.”

Just recently, Lindsay opened up about a Mean Girls homage that almost happened in Falling For Christmas.