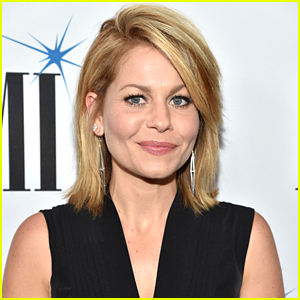 Candace Cameron Bure is revealing the true reasons for her departure from Hallmark Channel.

Previously, the 46-year-old actress said that “the truth” behind her departure was that she was “under contract with Hallmark for a very, very long time. And those have been absolutely wonderful. It just so happened that my contract was expiring when Great American Family started up. So we did not start having those discussions until we were well into negotiations with Hallmark Channel for renewing.”

However, in a new interview with WSJ magazine, Candace is explaining why she left further.

While promoting her new role at Great American Family, and her upcoming movie, Candace said that it was more than just a contract renewal.

“My heart wants to tell stories that have more meaning and purpose and depth behind them. I knew that the people behind Great American Family were Christians that love the Lord and wanted to promote faith programming and good family entertainment,” she says, before adding that Hallmark “basically is a completely different network than when I started because of the change of leadership.”

Later on in the interview, Candace also spoke about the network featuring same-sex couples.

“I think that Great American Family will keep traditional marriage at the core,” she says.

CEO Bill Abbott then chimed in, saying that “it’s certainly the year 2022, so we’re aware of the trends. There’s no whiteboard that says, ‘Yes, this’ or ‘No, we’ll never go here.’”

Here’s what Candace previously said about the same-sex couples on GAC.

Today24.pro
Anthony Joshua returns to America in search of new coach ahead of boxing return and links up with trainer Virgil Hunter Best Android app 2022 – Google reveals top pick for the year and it’s totally free The Darkest Secret and Tragedy of Edwin Valero In the age of megachurches, communion has become a big business