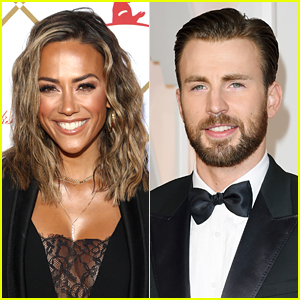 Jana Kramer says that she once dated Chris Evans and that he ghosted her after an “embarrassing” incident at his house.

The 38-year-old country singer and former One Tree Hill actress opened up about her brief relationship with Chris, 41, while speaking on the latest episode of her Whine Down podcast.

Jana said she “went on a few dates” with Chris over a decade ago.

“He wasn’t Captain America yet, but he was a heartthrob cutie,” she said. “I can’t remember how many dates it was, I just remember the last date. To this day I’m actually sort of mortified… This is so embarrassing.”

Jana said the incident happened when she went to Chris‘ Studio City home in Los Angeles after hanging out with him and his friends.

“It was a fun time… but I was getting a little sleepy. And so I was like, ‘Hey I’m gonna go to bed’ or whatever. And so I had asparagus for dinner that night so I went to the bathroom and he immediately went after me,” she said.

Jana continued, “And so that’s the last interaction that I remember is him going into the bathroom after I just went to the bathroom with asparagus pee and never hearing from him again.”

Jana says she “didn’t hook up that night” with Chris and that she never heard from him again. She did say he is a “great” kisser and she actually slid into his DMs about a year ago, but he has a new girlfriend now!

Last week, Jana made a NSFW confession about her ex-husband while talking on her podcast.

Corporate cannabis giant shuts down facilities in Oregon, 2 other states

Today24.pro
How to Fall Asleep in 60 Seconds (OR LESS) New Honda Civic Type R review: Is it really better? EASY chili recipe for dinner #food How to deal with rejection