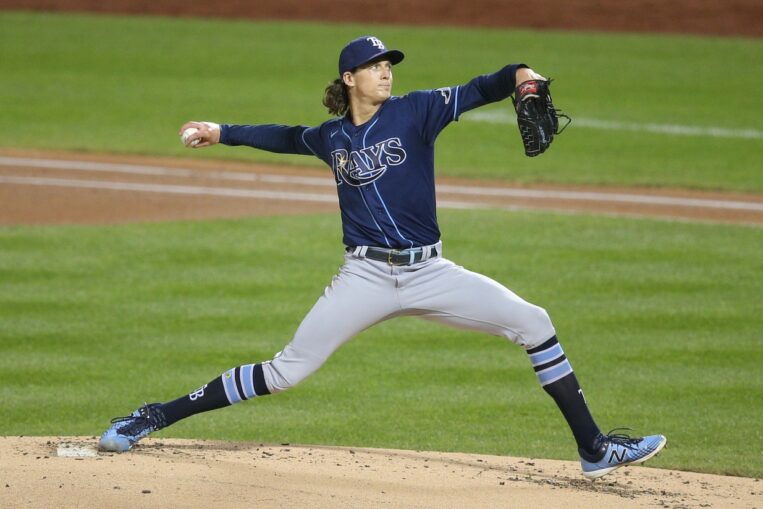 The Mets have been in contact with the Tampa Bay Rays about their available pitching, according to Jon Morosi of MLB Network.

In another report by Morosi on November 13, the Rays have been engaged in advanced trading negotiations with other MLB teams ahead of the November 15 roster protection deadline.

“At this point, industry observers expect multiple trades by the club (Rays) over the next 48 hours,” Morosi tweeted.

MLB teams must submit their 40-man rosters to the league by November 15 in order to protect players from the Rule 5 draft. The Rays are presumably attempting to make space for their roster ahead of the deadline. The organization already waived Nick Anderson, who signed with the Braves on November 9.

It makes sense that the Mets checked in with Tampa to see who is available. Not only do the Mets have to rebuild the majority of their bullpen, but the Rays consistently produce talented relief pitchers at the major league level.

However, trading with the Rays comes with a cost. Tampa is known for its savvy front office and has made one-sided deals in the past. During the 2019 trade deadline, the Rays traded Ryne Stanek for Anderson. The Marlins watched Anderson blossom into a star with the Rays and record a 0.55 ERA in 2020. Meanwhile, Stanek struggled with the Fish and allowed 21 earned runs over 31 1/3 innings.

The Rays have already been active in the trade market this offseason. They sent first baseman Ji-Man Choi to the Pirates. They could make another deal soon as every penny matters for the small-market team.

Most intriguing of their roster is pitcher Tyler Glasnow. Glasnow is coming off Tommy John surgery but two years remain on his deal. He established himself as one of the American League’s best pitchers prior to his injury and will certainly hope for something longer-term.

It’s a similar situation to what Blake Snell underwent with the Rays. Snell, established himself as a top-of-the-line starter and when he was due for a payday they shipped him off to San Diego instead.

Other, less interesting pitchers, the Rays are discussing are Ryan Yarbrough, Yonny Chirinos, and Shawn Armstrong. All three would fit bullpen needs for the Mets.

Today24.pro
Hans Niemann in the sole lead at the 3rd El Llobregat Open Anthony Joshua returns to America in search of new coach ahead of boxing return and links up with trainer Virgil Hunter Why the power grid is an 'attractive target' for domestic terrorists: report In the age of megachurches, communion has become a big business