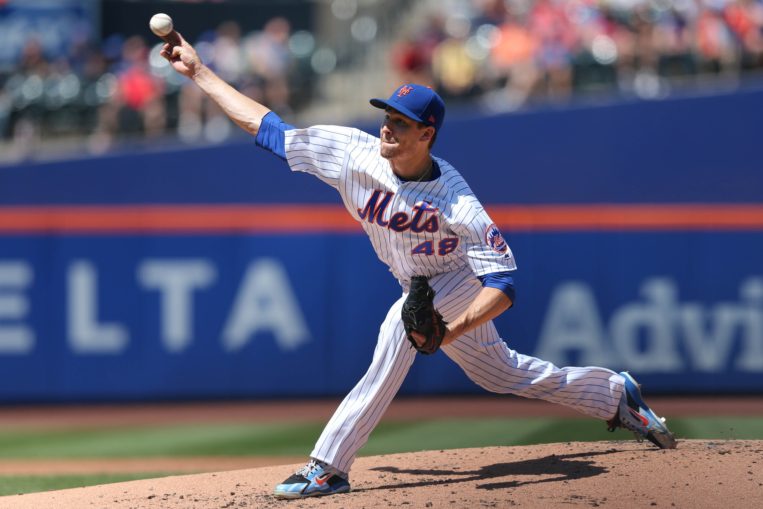 No statistic has undergone a greater fall from grace than pitching wins. Once considered as a measurement for mound excellence, its descent into irrelevance has been swift. Rotations have expanded, relievers have gained prominence, and starters have become less influential on their own fate.

If there were still some hangers-on desperately carrying a torch for the worth of victories before 2018, Jacob deGrom’s remarkable Cy Young Award performance in the face of a 10-9 record extinguished those beliefs. It also cemented him among the ranks of great Mets pitchers as he received all but one first-place vote.

To best deGrom’s brilliance that year must be put into perspective both in the context of major-league and team history. He led all pitchers with a 1.70 ERA—the sixth-lowest since the mound was lowered to its current height in 1969 and the second-best by a starter in this decade. His 269 strikeouts (done over 217 innings) were second in the NL, but his combination of power and precision was a true rarity.

Only six pitchers since 1933 have thrown at least 215 innings with an ERA of 1.70 or lower, and deGrom’s strikeout total is the highest of that group. His stunning 218 ERA+ placed him among just 36 pitchers who have posted at least a 200 ERA+ since the turn of the 20th century.

His WHIP of 0.912 is the lowest single-season mark by any Met, including Tom Seaver and Dwight Gooden, while both his ERA and ERA+ are second among starters to Gooden’s in 1985. DeGrom’s FIP (1.98), which was far and away the lowest in the majors, was the best since Gooden’s 1984 mark and his 9.6 pitching WAR, according to Baseball-Reference, is the fourth-highest single-season Mets total.

As incredible as deGrom was, the lack of support he got was nothing short of incredible and appalling. A ragged offense and porous bullpen let a bushel of deGrom’s tremendous starts go unrewarded. On 11 occasions, he went seven innings and allowed either zero or one run. DeGrom only won three of them. The Mets record in those starts was 12-18.

The ineptitude of those around him made deGrom, who never voiced complaint, even more admirable. Pitching almost every game without a safety net, he allowed three or fewer runs in 29 straight starts — a single-season record — and reeled off 24 successive quality starts (surpassing Seaver’s previous team record of 19).

DeGrom’s historic Cy Young triumph was a significant victory for the growing number of new age baseball thinkers. The dazzling exclamation point came in his final start against the Braves, in which he retired the final 20 batters he faced. He finished his outing with his 10th strikeout of the night and the 1,000th of his career, making him the fastest Met to reach that milestone.

All deGrom has done since is win another Cy Young the very next year and firmly establish himself as one of the best Mets to ever pitch, in spite of shortened seasons and injuries.

Bam Adebayo Is Everything the Heat Need Him to Be