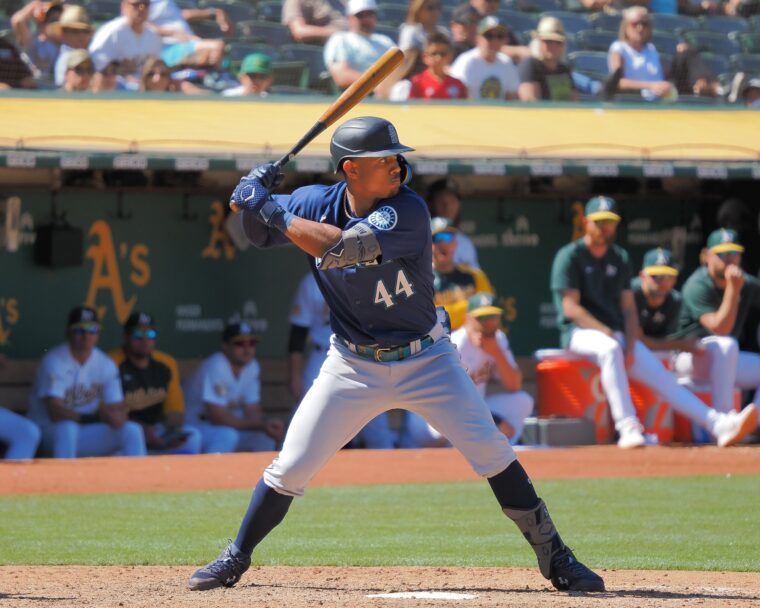 Julio Rodríguez is the recipient of the 2022 Jackie Robinson AL Rookie of the Year award. The Mariners outfielder played an integral role in the team breaking their long playoff drought, slashing .284/.345/.509 with a 147 OPS+ and a 6.2 WAR in 132 games. Rodríguez was a 2022 All-Star as well as a Silver Slugger, and could end up being a Mariner for the rest of his career after signing a 14-year extension worth up to $400 million in late August.

Here’s a breakdown of the AL Rookie of the Year Voting:
Julio Rodríguez 148 (29 first-place votes)
Adley Rutschman 68 (1 first-place vote)
Steven Kwan 44
Bobby Witt Jr. 7
Jeremy Peña 2
George Kirby 1
With the new CBA rules now impacting the American League Rookie of the Year award, the Mariners earn an additional first-round draft pick as a result of Rodríguez making the Opening Day roster as a top 100 prospect. Rutschman earns an extra year of service time for finishing second in voting, even though he did not get called up to the majors until May. The Orioles catcher will not hit free agency until after the 2027 season. Both will also receive money from the pre-arbitration pool.
Michael Harris II is the recipient of the 2022 Jackie Robinson NL Rookie of the Year award. The Braves outfielder made an instant impact when he was called up in late May, proving to be one of the main reasons why the team was able to catch the New York Mets in the National League East at the end of the regular season. Harris slashed .297/.339/.514 with 20 stolen bases and a 135 OPS+ in 114 games. The organization awarded the young phenom with a contract extension in August, signing Harris to an eight-year extension worth $72 million.
Here’s a breakdown of the NL Rookie of the Year Voting:
Michael Harris II 134 (22 first-place votes)
Spencer Strider 103 (8 first-place votes)
Brendan Donovan 22
Jake McCarthy 4
Alexis Díaz 3
Nick Lodolo 2
Oneil Cruz 2

Charles Barkley on Michael Jordan: 'I can’t criticize other coaches and general managers, and give him a pass because he’s my best friend'

Today24.pro
I make $1,000 a month by promoting Amazon products on social media. It only takes 5 hours per week — here's how I set up my side hustle. One of The Greatest Britons in History - Joe Calzaghe ‘How many Uber drivers does it take to pick up a disabled person?’: Disabled person says 3 Uber drivers canceled on them because of their service dog Billionaire investor Howard Marks touts a bargain boom as interest-rate fears grip markets - and predicts a surge in companies going bankrupt