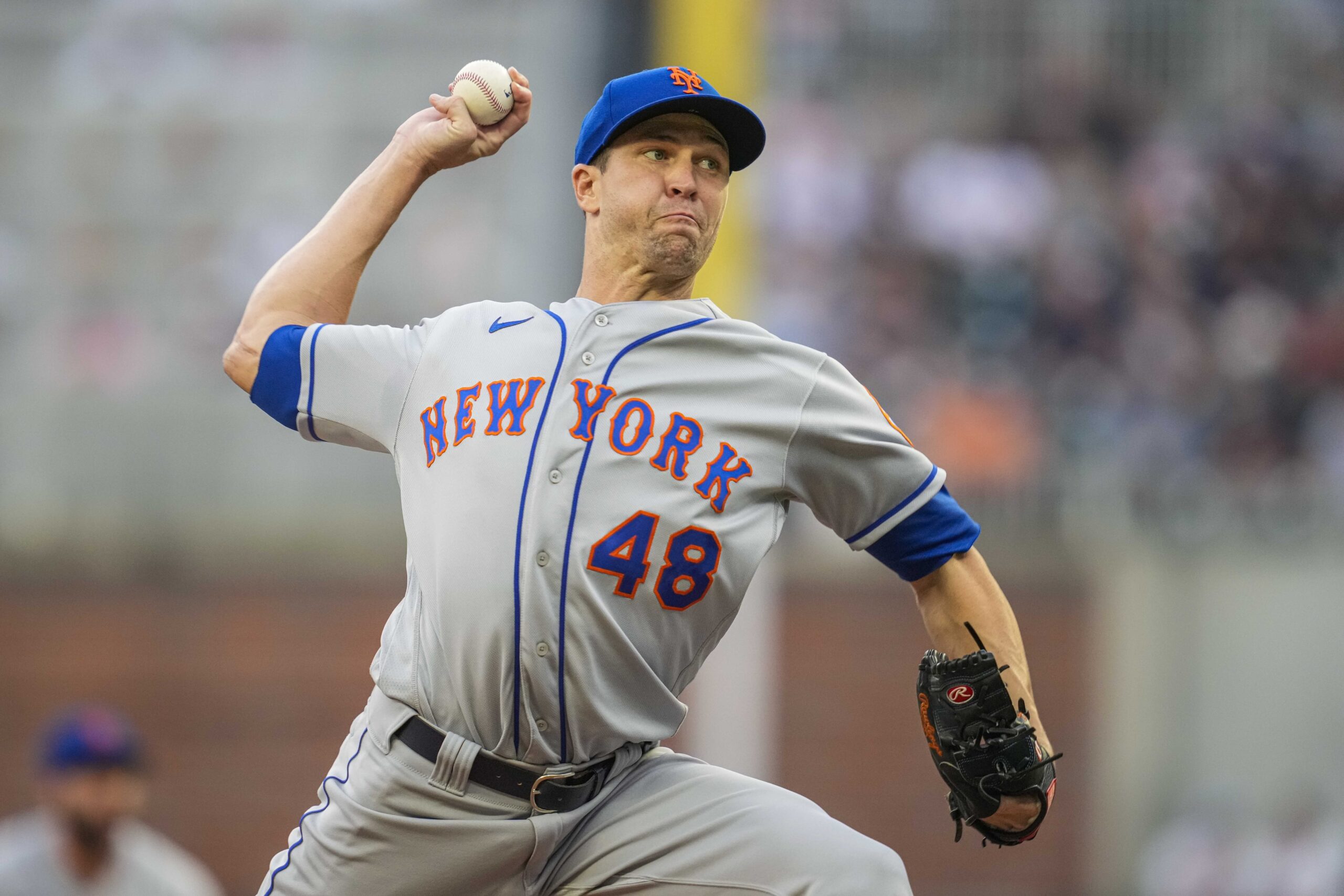 According to MLB Insider Ken Rosenthal, it is “highly unlikely” that the Atlanta Braves sign Jacob deGrom.

Here’s what Rosenthal wrote in his latest piece for The Athletic.

• Two other things that are highly unlikely for the Braves: The signing of deGrom or a shortstop other than Dansby Swanson. If the Braves cannot keep Swanson, they probably will be out of the picture for Trea Turner, Carlos Correa and Xander Bogaerts, all of whom figure to be more expensive. Which is why president of baseball operations Alex Anthopoulos at the GM meetings mentioned Orlando Arcia and Vaughn Grissom as internal options.

No player currently with the Braves will earn more than $22 million over the course of his contract, seemingly creating the flexibility for a major expenditure. But the Braves are reluctant to enter into a deal with any player who takes up too high a percentage of their payroll, knowing in future seasons the salaries of their young players will rise.

Of course now that the Braves are seemingly out of the deGrom sweepstakes, the Mets aren’t in the clear to re-sign their ace. The Texas Rangers have been heavily linked as a destination as well.

But Rosenthal notes in his article that after trading for Jake Odorizzi and extending Martin Perez the qualifying offer, the ask of the big three pitchers on the market (deGrom, Justin Verlander, Carlos Rodon) might be too high for the Rangers and other teams, causing them to pivot their strategies.

Meanwhile, Verlander could be a fit with the Mets if New York were to lose all of deGrom, Chris Bassitt, and Taijuan Walker in free agency, notes Rosenthal.

The price for premier starting pitching is as high as ever. Luckily, the Mets are in a position to make moves in that area.

Today24.pro
Why the power grid is an 'attractive target' for domestic terrorists: report Hans Niemann in the sole lead at the 3rd El Llobregat Open The Darkest Secret and Tragedy of Edwin Valero Anthony Joshua returns to America in search of new coach ahead of boxing return and links up with trainer Virgil Hunter