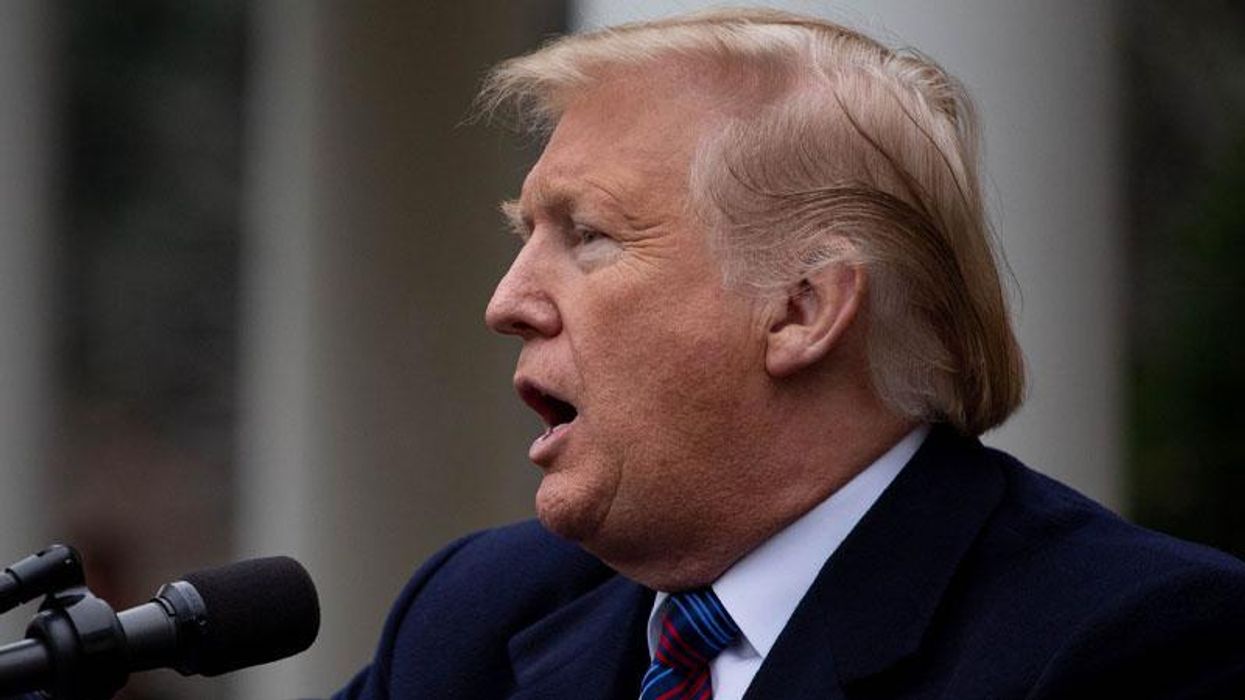 Legal experts and even the U.S. Dept. of Justice are once again denouncing Donald Trump‘s attempts to avoid possible criminal prosecution and to keep mountains of classified and top secret documents he absconded with from the White House and stored at his Mar-a-Lago resort and residence.

Trump’s latest claim, according to Politico’s Kyle Cheney’s reporting, is that the ex-president is arguing in a “legal brief that the mere [fact] he transported sensitive records to Mar-a-Lago while he was president means he automatically designated them as ‘personal’ while still in office, a designation he says [cannot] be challenged in court.”

“Meanwhile,” Cheney continues, “DOJ says Trump is engaged in a ‘shell game,’ attempting to claim records seized from him are ‘personal’ but, if the judge disagrees, they’re also shielded by executive privilege. DOJ says Trump can’t have it both ways.”

“That’s not how it works,” says former FBI Special Agent Asha Rangappa, an attorney and legal and national security analyst. “The designation of records as presidential or personal happens upon creation or receipt. Seems like they were initially designated as the former because NARA has a record of them. Changing designation after that requires notifying archivist 44 U.S.C. 2203.”

Also agreeing with the DOJ’s assessment, former FBI General Counsel Andrew Weissmann, who spent 20 years at DOJ, writes: “A new shell game by Trump and his counsel is exactly right.”

“So great that Judge Dearie,” Weissmann adds, referring to Trump’s hand-picked special master, “and not [Trump appointed Judge] Cannon, will have the first crack at this– if 11th Circuit doesn’t make this all moot soon by ending the whole claim before Canon.”

Top national security attorney Bradley Moss adds, “That’s not going to hold up. That’s not what came out of the Clinton tapes decision.”

Attorney Luppe B. Luppen notes that Trump’s argument “would nullify the PRA entirely,” referring to the Presidential Records Act.

“The outgoing president could just stuff any records he wanted in his pants,” Luppen suggests, if Trump’s legal theory were valid, “regardless of whether they were nuclear submarine secrets, pardons, or original copies of international treaties, and the people wouldn’t own them anymore.”

Trump had at Mar-a-Lago more than 300 classified documents, The New York Times reported in August. Late Sunday night The Guardian reported Trump had “documents bearing classification markings” in his Mar-a-Lago office desk drawer. That could upend his claims he had declassified all the documents at Mar-a-Lago.

Stocks could plummet another 25% if there's a recession next year, 'Dr Doom' economist Nouriel Roubini warns