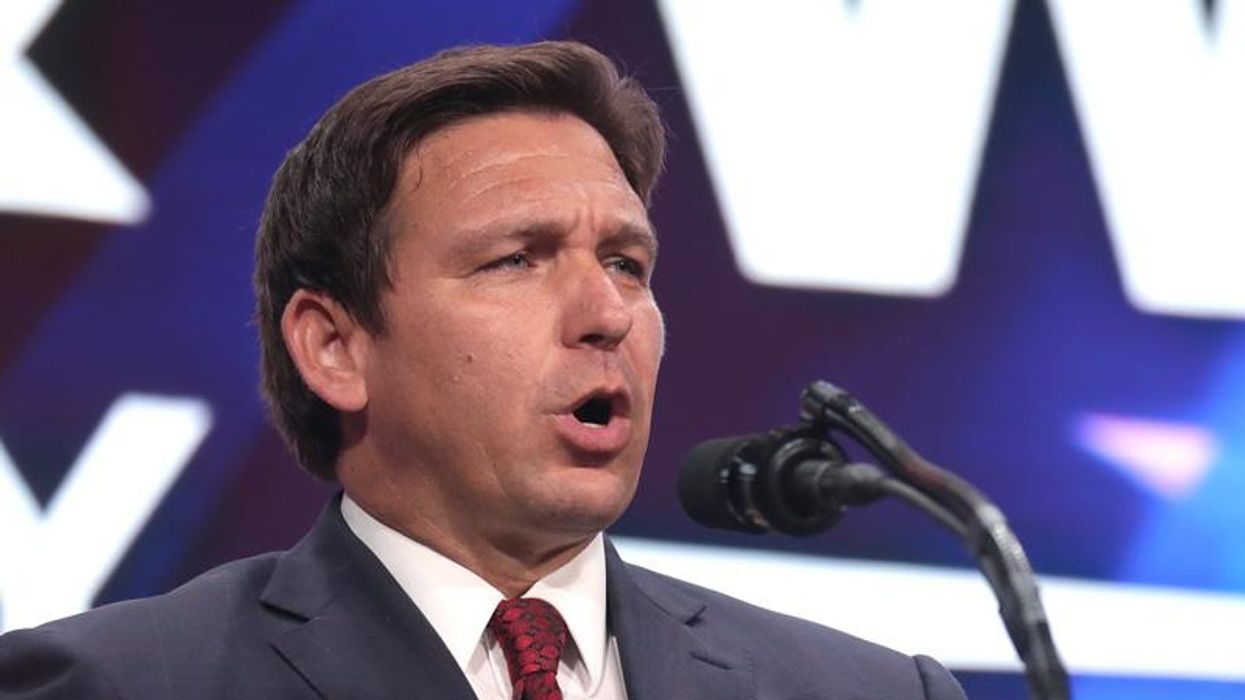 Republican voters in Texas support Florida Gov. Ron DeSantis as the Republican nominee for the 2024 presidential election over former President Donald Trump by more than 10 percentage points, according to a new poll commissioned by the Republican Party of Texas.

The survey asked voters who are likely to participate in the 2024 Texas Republican primary election who they would vote for out of six Republican candidates including DeSantis and Trump. DeSantis was the top choice, with 43% of respondents saying they would vote for him if the primary election were held today. Trump came in second place with 32%. DeSantis’ support among the surveyed voters surged to 66% when they were asked about a situation in which Trump would decline to run in 2024.

Trump is expected to officially announce his bid for a second term as president on Tuesday night. However, he’s taken heat from within the party over the past week because of the weaker-than-expected performance of Republicans he endorsed in the midterm elections.

In addition to Trump and DeSantis, the survey asked about support for four other potential candidates: former Vice President Mike Pence, former South Carolina Gov. Nikki Haley, U.S. Sen. Tim Scott of South Carolina and former CIA director and former Secretary of State Mike Pompeo. These candidates received single-digit support from survey respondents. Neither U.S. Sen. Ted Cruz, who previously ran for the nomination against Trump, nor Gov. Greg Abbott, who has been considered a possible contender, was asked about in the survey.

On Nov. 12 and 13, CWS Research polled 1,099 demographically proportionate respondents who are likely to vote in the 2024 Texas primary through online surveys and interactive voice response calls. The survey’s margin of error was +/- 3 percentage points.

In October, CWS conducted a similar poll for Texas Liberty PAC in which Trump polled ahead of DeSantis, with 46% of respondents choosing the former president and 29% picking the Florida governor in a hypothetical 2024 primary. DeSantis’ support jumped to 64% in a situation in which Trump would decline to run. Instead of Scott and Pompeo, that poll included Cruz and Abbott in its list of six potential candidates. Cruz came in last with 3%, and Abbott had 4% of respondents saying they supported him. That support jumped to 8% for each of them in a scenario in which Trump didn’t run.

Blinded by the White! Phantoms Win 4-2