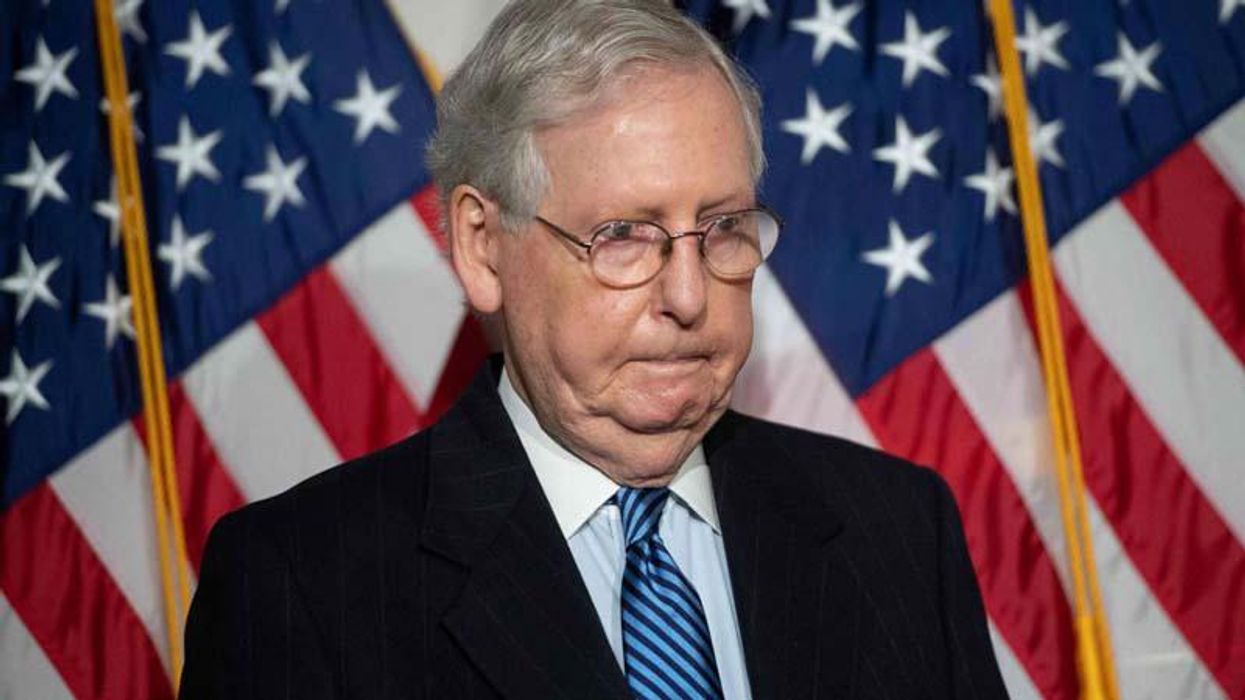 On CNN Monday, reporter Melanie Zanona laid out the state of play for Republican leadership as GOP lawmakers fight to assign blame after a "red wave" failed to materialize in the 2022 midterm elections, handing Democrats continued control of the Senate and leaving control of the House undecided but tilting in favor of a very small Republican majority.

"Kevin McCarthy is getting key backup from former President Donald Trump," said Zanona. "Donald Trump has been calling people encouraging them to support McCarthy for Speaker. He wants to protect him from any blame for the poor midterm performance because he needs him if he's going to run for president in 2024. And it does seem that some allies have gotten the message. Marjorie Taylor Greene now saying she thinks it's a bad idea for someone to challenge McCarthy. But not everyone in the party feels the same way. Take a listen to what Congressman Matt Gaetz said earlier today."

"Right now there are a lot of the establishment Republicans in denial, believing that Kevin McCarthy can become Speaker," said Gaetz in the clip. "What I'm here is tell you is there are definitely at least five people, actually a lot more, who would rather be waterboarded by Liz Cheney than vote for Kevin McCarthy for Speaker of the House, and I'm one of them."

"Now, the only reason why these fringe voices matter is because of the math," said Zanona. "If Republicans win the majority, it is going to be by a razor-thin margin and McCarthy can only lose a handful of Republicans. I'm told there are enough Republicans threatening to vote against him unless he gives in to their demands. Right now, McCarthy is behind closed doors making his pitch to members, saying we need to unite and making his pitch for why he should be the next Speaker."

IN OTHER NEWS: Trump claims classified documents automatically became his property by taking them to Mar-a-Lago

"Meanwhile in the Senate, Senate Republicans have called for leadership elections to be postponed," said anchor Jake Tapper. "Explain that."

"Mitch McConnell is facing a small but growing group of senators calling to delay the internal elections set for Wednesday," said Zanona, adding, "McConnell is plowing forward at this point. They are proceeding as planned. And he told reporters that of course he has the vote ... but it is rare to see this level of anger from within the ranks directed at McConnell, and the reason is that Republicans are confused and frustrated and angry right now about why a red wave never materialized, and we are expecting the blame game to continue to heat up."

Celebrate a holiday-themed weekend in Stillwater

Today24.pro
LAMB BUTTER Will Melt in Your Mouth! Ancient Food on the Silk Road! One of The Greatest Britons in History - Joe Calzaghe I make $1,000 a month by promoting Amazon products on social media. It only takes 5 hours per week — here's how I set up my side hustle. Billionaire investor Howard Marks touts a bargain boom as interest-rate fears grip markets - and predicts a surge in companies going bankrupt