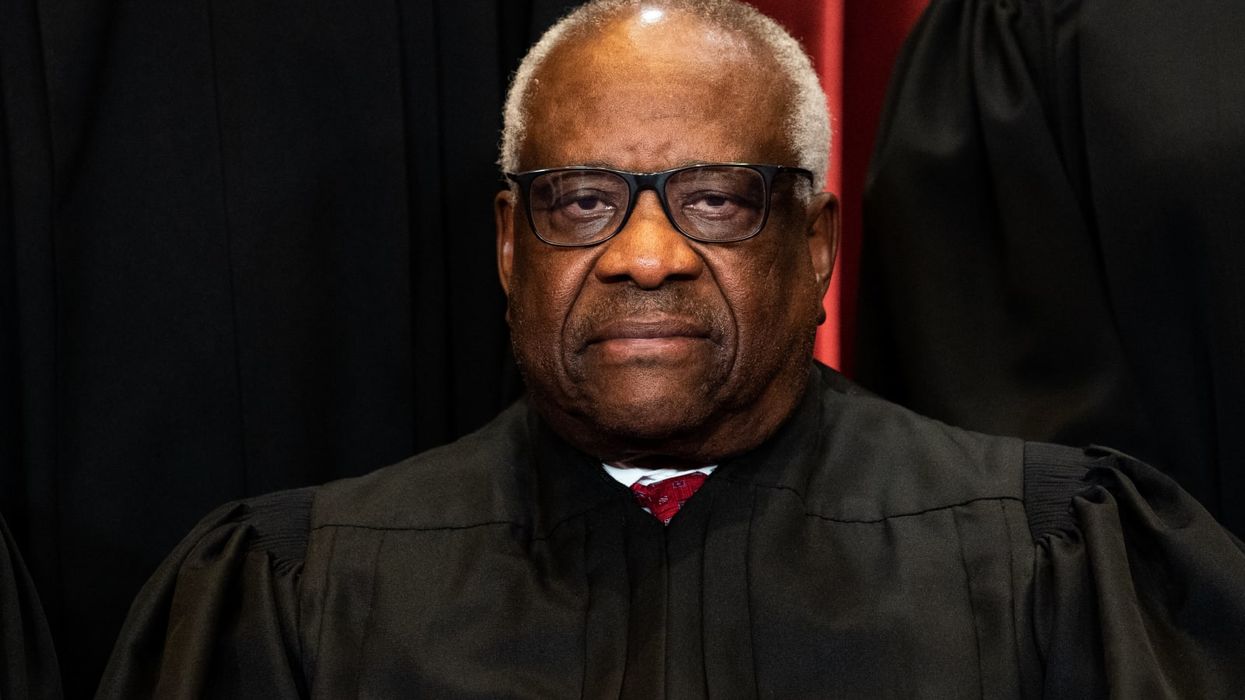 A long-standing call for U.S. Supreme Court Justice Clarence Thomas to face impeachment proceedings was renewed Monday after the right-wing judge indicated in an unsigned dissent that he would have blocked enforcement of the House January 6 panel's subpoena for the communications records of Arizona Republican Party Chair Kelli Ward.

The House committee investigating the deadly January 6 insurrection "is seeking Ward's records related to her role in former President Donald Trump's effort to steal the 2020 election as a fake elector casting ballots in the Electoral College for Trump," HuffPost reported.

In a 7-2 vote, the Supreme Court on Monday paved the way for the panel to obtain Ward's phone records, rejecting the Arizona GOP chair's appeal. Right-wing Justice Samuel Alito joined Thomas in dissenting.

This marked the second time Thomas has tried to hinder the committee's probe of the Trump-led effort to remain in office despite his 2020 election loss—a plot in which Thomas' wife, right-wing activist Ginni Thomas, played a major role.

Thomas in January was the only justice to vote against the release of White House records to the panel. Two months later, text messages between former White House chief of staff Mark Meadows and Ginni Thomas showed that she had been in communication with Trump's team about efforts to overturn President Joe Biden's electoral victory.

Weeks later, it was revealed that Ginni Thomas had lobbied Republican lawmakers in Arizona and other states to reject Biden's electors and appoint fake ones who would support Trump. Since late March, congressional Democrats have called on Clarence Thomas to recuse himself, resign, or be impeached for apparently trying to shield his wife's anti-democratic political activities from scrutiny.

"His wife, Ginni Thomas, pressured Arizona officials to illegally overturn Trump's loss," Citizens for Responsibility and Ethics in Washington (CREW), a D.C.-based watchdog, noted Monday. "It's absurd that Thomas did not recuse."

A petition calling for the impeachment of Clarence Thomas has garnered more than 1.2 million signatures since details about Ginni Thomas' direct participation in Trump's failed coup were first made public.

Today24.pro
One of The Greatest Britons in History - Joe Calzaghe I make $1,000 a month by promoting Amazon products on social media. It only takes 5 hours per week — here's how I set up my side hustle. RoboCV: stacker robot LAMB BUTTER Will Melt in Your Mouth! Ancient Food on the Silk Road!