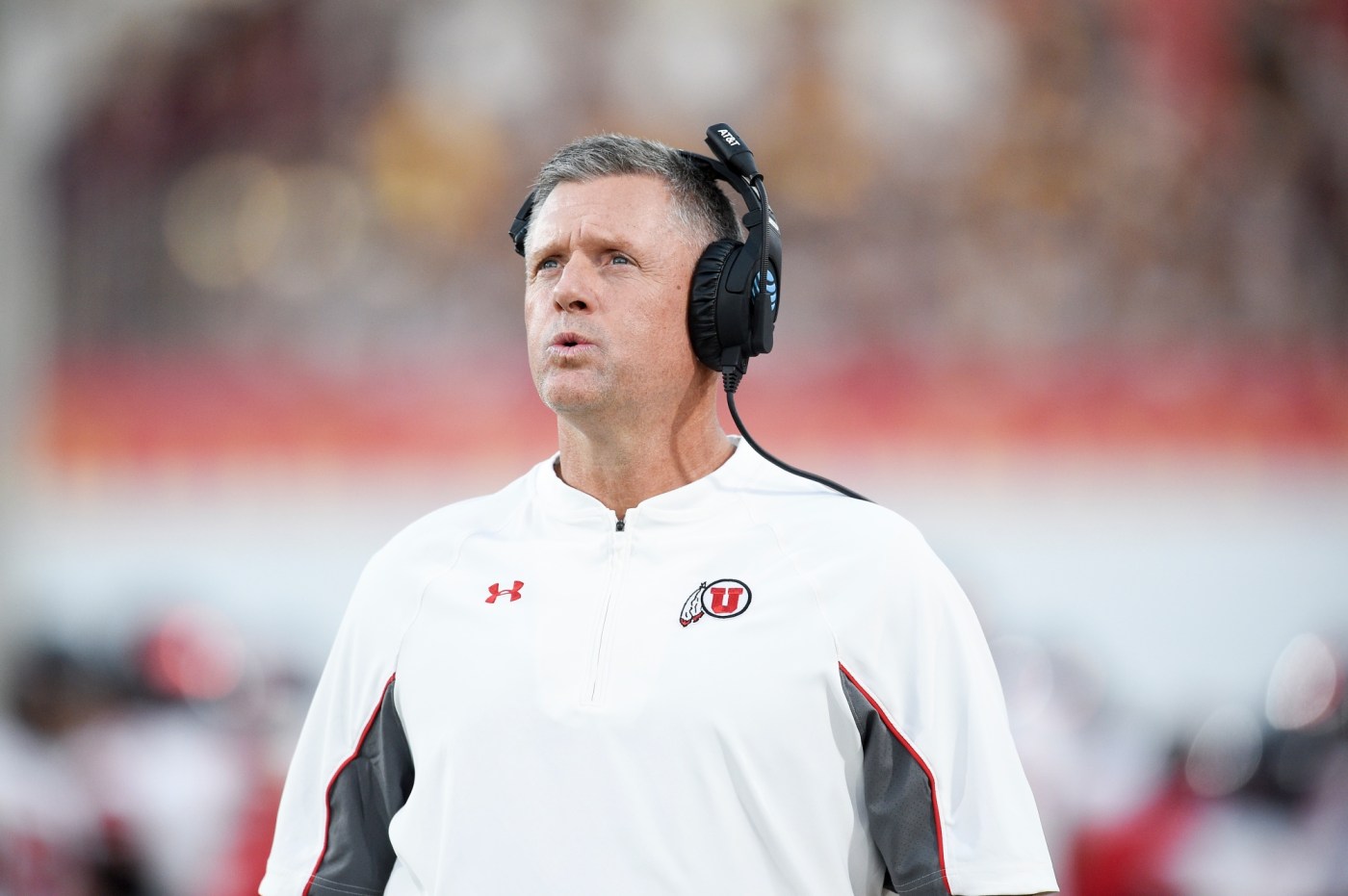 There are two weeks remaining in the regular season but three weeks until Pac-12 coaches cast their votes for post-season awards.

As has been the case in recent years, they will wait for the outcome of the conference title game.

We see a wide-open race for Coach of the Year that reflects the state of play atop the conference: USC’s Lincoln Riley, UCLA’s Chip Kelly, Oregon’s Dan Lanning, Washington’s Kalen DeBoer and Utah’s Kyle Whittingham all have a path to the honor.

(The same could be said of Oregon State’s Jonathan Smith and Arizona’s Jedd Fisch, depending on results from the final fortnight.)

(Utah’s Cam Rising needs a stellar performance Saturday and a victory over Oregon in order to join the top group.)

More clarity exists in the race for Pac-12 Defensive Player of the Year, with USC lineman Tuli Tuipulotu as the obvious frontrunner.

Tulipulotu leads the Power Five in both sacks and tackles-for-loss and, in our opinion, has been the best player in the conference on either side of scrimmage.

As we approach the voting and subsequent announcement, be mindful that Pac-12 coaches have been known to get a tad political with their selections.

To the power ratings …

Comment: It comes as no surprise that the Utes are playing better in November than they did in September. In fact, they are now the team to beat, in our estimation.

Comment: The Pac-12 should be on alert for players faking injuries after a suspicious situation during the final seconds in Eugene. And to be clear: We’re not just referring to Oregon. If there’s a loophole, teams will exploit it.

Comment: Once again, we ask the two essential questions ahead of the showdown in the Rose Bowl: Which team will be the first to score 60, and how much will it lose by? Our answers: UCLA; six points.

Comment: In a notable but wholly unexpected development: Arizona provided USC with a blueprint for slowing the UCLA offensive machine.

Comment: Despite the 34 points and 592 yards allowed, UW’s defense played its best game of the season given the opponent and circumstances.

Comment: With his seventh win, Jonathan Smith had one year added to his contract, according to USA Today, and is now signed through the 2028 season. Why not just give him a lifetime deal?

Comment: Where’s the advantage in Tucson as WSU faces its former quarterback, Jayden de Laura? Answer: It depends on the play of Arizona’s offensive line.

Comment: After five consecutive games against ranked opponents, the Wildcats now face the best defense in the conference on a yards-per-play and points-per-game basis.

Comment: The early signing period begins Dec. 21, leaving the Sun Devils with much to resolve over the next five weeks.

Comment: For any head coach whose expertise is on the defensive side of scrimmage, the offensive coordinator hire is essential. Justin Wilcox can’t get it wrong again.

Comment: On the bright side, the Buffaloes won’t be 0-12.

Support the Hotline: Receive three months of unlimited access for just 99 cents. Yep, that’s 99 cents for 90 days, with the option to cancel anytime. Details are here, and thanks for your support.

*** Pac-12 Hotline is not endorsed or sponsored by the Pac-12 Conference, and the views expressed herein do not necessarily reflect the views of the Conference.

The legalisation of oppression – Kevin Cassar