HOUSEHOLDS face a double hit of soaring council tax and £900 higher energy bills next spring thanks to the Autumn Statement.

But Rishi Sunak dropped his biggest hint yet pensioners will be protected while the others feel the squeeze.

Asked if he would hike pensions in line with inflation next year, the PM insisted he was “someone who understands the particular challenge of pensioners”, adding “they will always be at the forefront of my mind”.

However the self-declared “Scrooge” Chancellor Jeremy Hunt is set to give Town Halls more powers to raise local taxes to pay for social care.

Currently local government chiefs are only around to hike it by 2.99 per cent plus a one per cent levy for elderly care without a local referendum.

But the threshold for such a vote is set to be raised, meaning it is harder to block hikes. 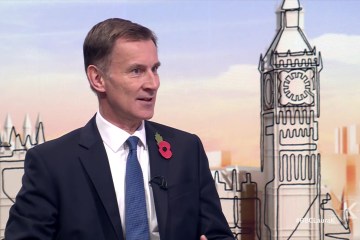 Everyone will have to pay more tax and make 'sacrifices', Jeremy Hunt says 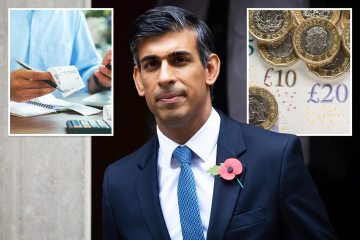 Meanwhile Mr Hunt will call time on the £10billion a month universal energy bills support – with only the least well off in line for hefty support.

And Mr Hunt will bat away calls for a repeat of the £400 one-off payment made to households this year to keep bills down.

So overall many families will be on average £900 worse off – the equivalent of £75 every month.

But PM was tonight at pains to stress fairness will be at the heart of the budget as he travelled to the G20 in Indonesia.

He said of his plans: “We will put fairness and compassion at the heart of all the decisions we make and I am confident people will see that next Thursday.”

Europe to U.S.: Learn from our $800 billion green energy 'disaster'