The Holly Willoughby and Phillip Schofield fronted programme was beaten by Bradley Walsh’s The Chase for the first time in six years.

It is the first time since the pandemic that the star-studded awards, which showcase what viewers voted for as their favourite shows, have returned in-person and there were hosted by comedian Jo Brand at the London Hilton on Park Lane.

I’m A Celebrity… Get Me Out Of Here! won its 17th best reality show award while Channel 4 saw Gogglebox named best entertainment show.

N-ICE TO SEE YOU 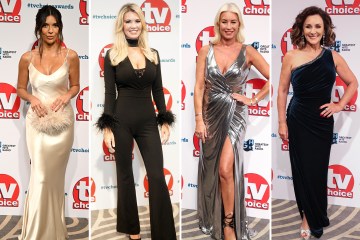 The BBC’s Call The Midwife won best family drama while the star of the period drama Jenny Agutter was named best actress.

BEST REALITY SHOW I’m A Celebrity… Get Me Out Of Here!, ITV