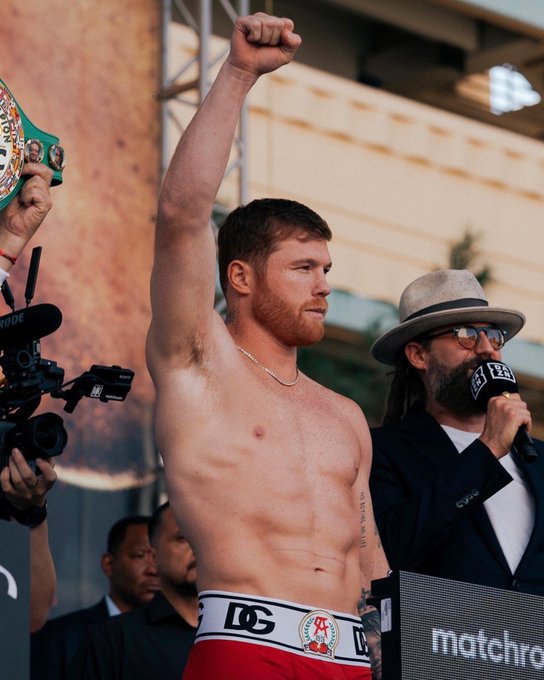 Canelo Alvarez, having undergone a successful surgery on his left hand, claims that therapy is going well. Not only that, he wishes to return to the ring in the spring of 2023. "At the beginning," Canelo told bet365, "the doctor had told me that I had to spend four weeks with the cast without moving it after the surgery. When he came in and saw inside everything I had and what he did to me, he said that it was better than we expected, that it should be only seven days with the cast, then remove the stitches and start the rehabilitation. Right now I've been two weeks."

Never lacking in confidence, Canelo appears to see no reason why he can't fight in the spring. "My scars have already closed," he says. "I'm doing therapy very well, so I don't think it's going to stop me that much...my fights are always in May or September. I think I'll be ready for May again." The 58-2-2 superstar last saw action when he handily bested his longtime arch rival Gennady Golovkin a few weeks back. Before that, however, Canelo was soundly bested by Dmitry Bivol in an attempt to win the Russian's WBA light heavyweight title last spring.

“It was very difficult because no one is ready to lose, but I have seen the fight,” the red haired star says, “I had a very competitive fight based on the limitations I had. My hand, my shoulder, the first half of the fight I did very well, and then came the burden, because we did not train as it should be, especially in a larger division where you must be carrying more. They are heavier. Naturally for a man such as himself, Canelo is eager to get Bivol back in the ring. "It is what we will look for, revenge," he says. "I lost trying to make history in another division, complicated, for me, he is number one in the 175-pound division.” And if Bivol isn't interested in a rematch?

"If he don't want to fight," Canelo says, "there are more things to do." Whatever one can say about Canelo, there's no doubt that he's proven willing to challenge himself repeatedly over the years. Perhaps the winner of the upcoming Caleb Plant-David Benavidez fight would make for a good opponent. Or perhaps he'll end up facing Bivol again once more.

The post Canelo Plans To Return In Spring 2023 appeared first on BoxingInsider.com.