AN airport in the UK has confirmed that they are to close, and will cancel all flights.

Not only will more than 3,000 jobs be at risk, but thousands of flights a year will be affected.

Doncaster Sheffield Airport has confirmed that flights will start “winding down” from October 31, will an official closing date yet to be confirmed.

Peel Group, who owns the airport, said that it was no longer viable to operate due to a “lack of adequate forward revenues and high operating costs”.

And Wizz Air, who was one of the largest operators, also pulled out, leaving just TUI flights.

Aviation analytics firm Cirium said it was the 26th biggest airport in the UK, recording 4,609 flights in 2019. 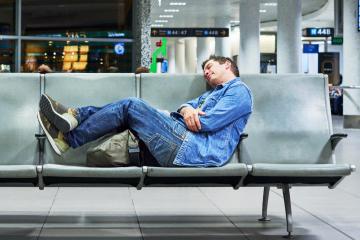 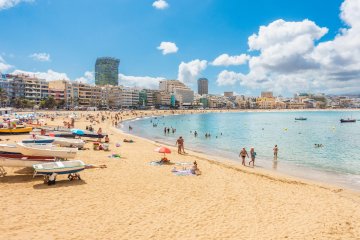 The most popular destinations that fly from Doncaster Sheffield are Tenerife and Lanzarote, as well as Bucharest.

The airport was one of the few in the UK to not charge travellers to be dropped off, making it one of the cheapest airport car parks in the UK.

And a survey in 2017 voted the airport as the best in the UK.

Chairman of Peel Airports Group Robert Hough said: “We recognise that this will come as a great disappointment to many.

IN FOR A SLIDE

Spain holiday warning - hundreds of flights cancelled due to storms

Boost for holidaymakers with new rules for Brits heading to Portugal

COME FLY WITH ME

“The intractable problem remains the fundamental and insufficient lack of current or prospective revenue streams, together with the airport’s high operating costs.”

Back in 2020, experts warned that airports could be permanently closed following the pandemic, especially the smaller airports.

Aviation analyst Martin Evans previously said: “Now is the start of the period when they should be getting maximum revenue. If things return to normal by winter, that’s the point they are at their quietest.

“There is a risk that we could see airports close.”

Airlines are also suspending flights due to ongoing problems.

Wizz Air confirmed that nearly all flights from Cardiff Airport will be affected for the next six months, citing “economic pressures”.

UK airline Loganair – the largest regional airline in the country – confirmed that 300 flights are being scrapped between November 2022 and March 2023.

The cancellations will affect Newquay Airport, with flights to Cornwall from Manchester and Edinburgh being affected.

And British Airways confirmed 10,000 flights would be cancelled until March 2023.

Jack Wilshere: Foden and Rashford have England looking electric… but that doesn’t mean they will start against Senegal

Today24.pro
One of The Greatest Britons in History - Joe Calzaghe ‘How many Uber drivers does it take to pick up a disabled person?’: Disabled person says 3 Uber drivers canceled on them because of their service dog Billionaire investor Howard Marks touts a bargain boom as interest-rate fears grip markets - and predicts a surge in companies going bankrupt Crypto Lender Matrixport Raises Valuation to $1.5B Despite FTX Collapse