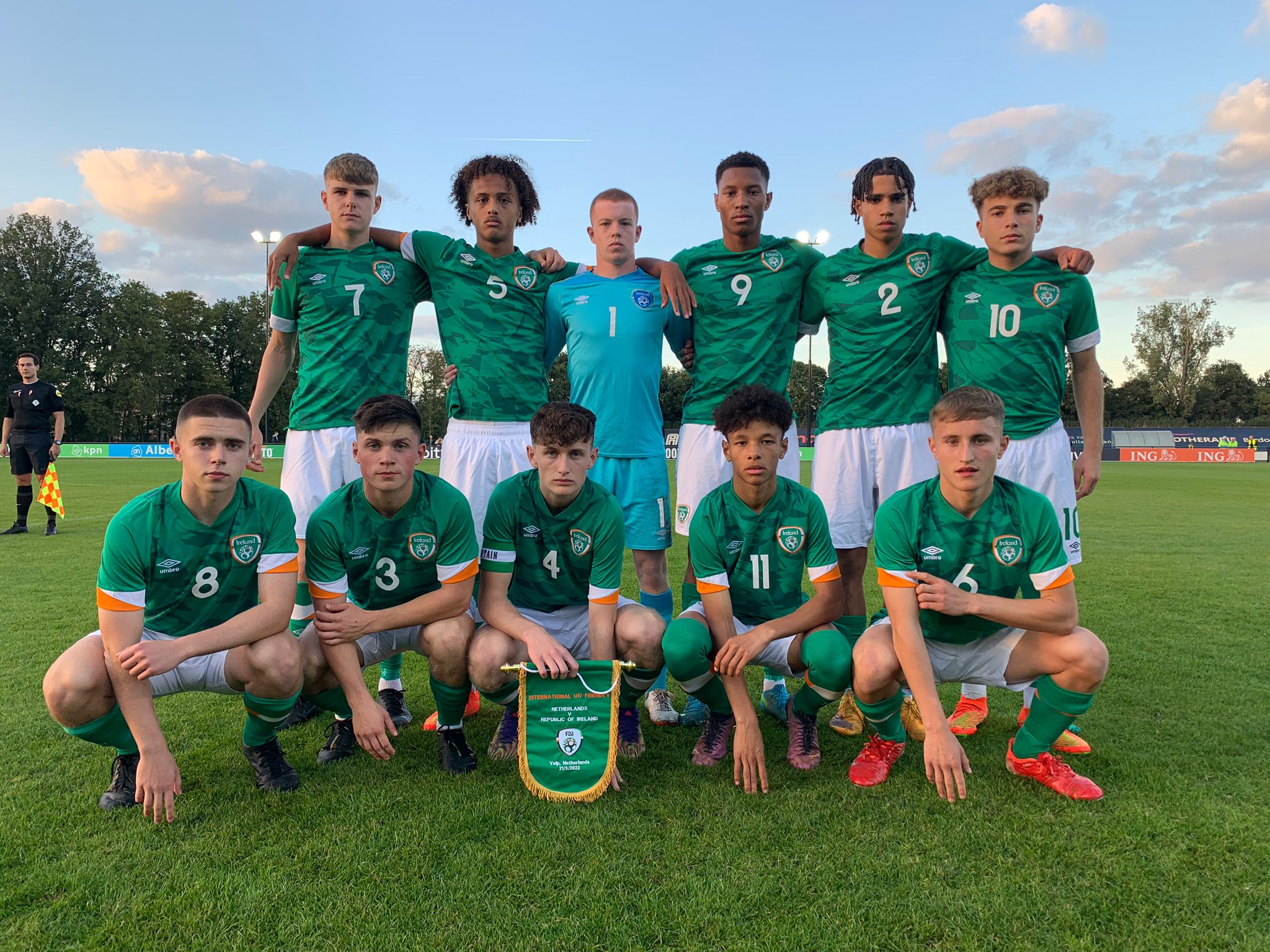 A stunning second-half finish from substitute Avery Appiah looked to have won it for the Netherlands but Kehir’s moment of magic followed by Jake Grante's decisive spot-kick secured Ireland a positive result to take into their second meeting on Friday.

These games form part of the preparation for the first round of the UEFA European Under-17 Championship qualifiers in Norway next month where Ireland have been drawn in Group 10 along with Armenia, Belarus, and Norway.

The visitors started the game on the front foot and they went close to scoring inside the opening minutes but striker Najemedine Razi’s powerful strike was turned wide of his top right corner by goalkeeper Kiyani Zeggen Lieuw.

The home side then created a glorious chance to break the deadlock midway through the first half but after controlling a cross from the left flank, forward Skye Vink couldn’t apply the finish from a great position.

That almost cost his side dear as Ireland quickly counter-attacked but Zeggen Lieuw again did well to turn Razi’s thunderous drive over his crossbar.

The Dutch soon took control of proceedings and they were only denied the lead before the interval by a superb goal-line clearance from the alert Freddie Turley while the Irish keeper Jason Healy also did well to stop Aymen Sliti’s effort.

The Netherlands had the first meaningful opportunity of the second period but Julian Oerip could only blast a cut-back over from 12 yards out.

But with just 16 minutes remaining Ireland’s resilience was broken and in some style too as sub Avery Appiah’s stunning strike sailed into the top corner of the net, giving the keeper no chance.

Ireland finished the game strongly and moments after a linesman’s flag for offside denied their opponents a second goal, they snatched an equaliser late on thanks to a brilliant free kick from Luke Kehir which allowed Grante to fire home the winner in the penalty shoot-out that followed.

Ireland Category:
Under 17 Mens
Choose Site:
Ireland
Match Preview / Report:
Match Report
Introduction:
A last-minute free kick from Luke Kehir earned the Republic of Ireland Men's Under-17s a creditable draw away to the Netherlands on Wednesday evening in the first of their friendly double-header but Colin O'Brien's side would emerge victorious 7-6 in the penalty shoot-out.

#ByeShopee is trending on Twitter after the ecommerce giant appointed a staunch supporter of President Marcos Jr. as brand ambassador in the Philippines

Has U.S. evangelical Christianity become more a political culture than a religion?

How the GOP weaponized ignorance