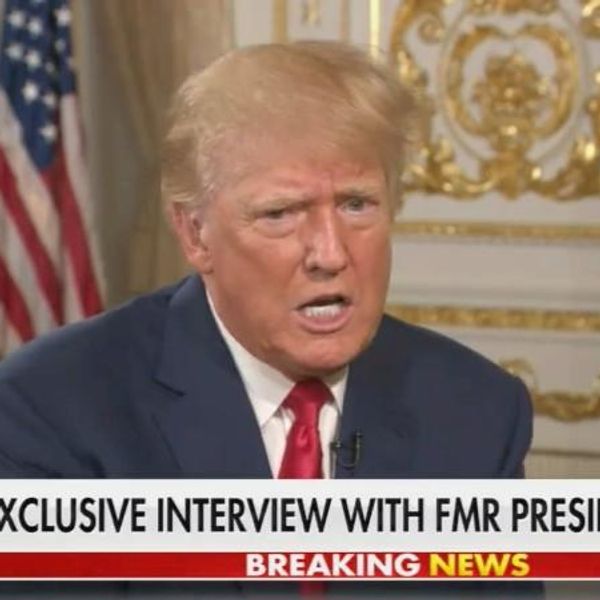 Donald Trump on Wednesday argued that a president of the United States can declassify documents without speaking or writing a single word.

Trump, fresh off a major defeat in the Mar-a-Lago documents case before the 11th Circuit Court of Appeals, was interviewed on Fox News by Sean Hannity.

"You have said on Truth Social, a number of times, you did declassify," Hannity said.

"I did declassify," Trump claimed, even though his attorneys have not made that argument in courtrooms in Florida, New York, or Georgia.

"What was your process to declassify?" Hannity asked.

"There doesn't have to be a process, as I understand it," Trump replied. "You know, there's different people, say different things."

"If you're the president of the United States, you can declassify just by saying, 'it's declassified' — even by thinking about it," Trump claimed.

Whether or not the documents were declassified is irrelevant to the three crimes the FBI said it was investigating in its search warrant application. The 11th Circuit Court of Appeals ruled on Wednesday, "declassification argument is a red herring because declassifying an official document would not change its content or render it personal."