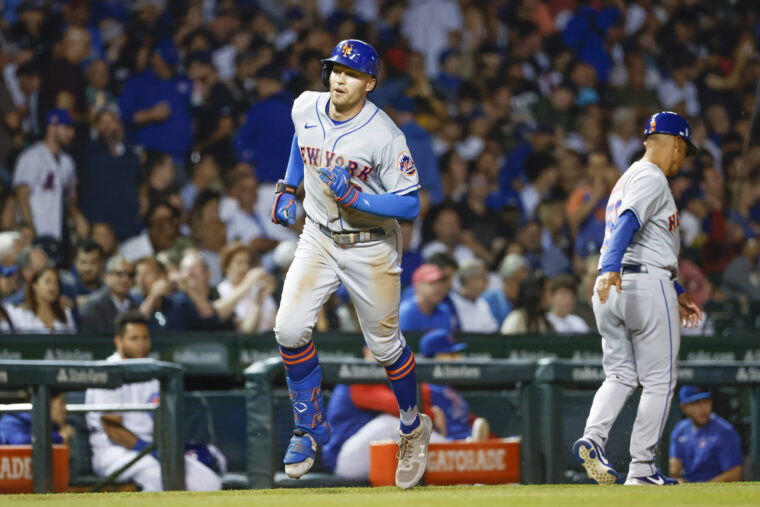 Mets center fielder Brandon Nimmo left the game in the bottom of the first inning on Wednesday after talking to manager Buck Showalter and the trainer. Nimmo looked to be grabbing his quad as he was talking to the trainer.

Nimmo came up limping a bit after a shallow fly ball behind the shortstop that left fielder Jeff McNeil ended up catching. Mark Canha replaced Nimmo in the lineup and an the outfield as the center fielder.

Brandon Nimmo has left the game due to apparent injury following a pop-up from Rowdy Tellez. pic.twitter.com/CaN8xG73WV

The potential injury comes at a terrible time for the Mets as starting right fielder Starling Marte is still on the injured list with a broken finger.

The 29-year-old entered Wednesday ranking 13th in the National League with his 4.6 fWAR.