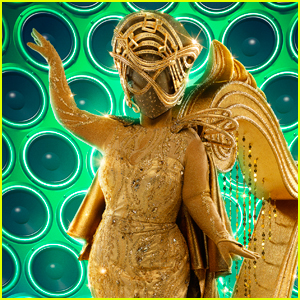 The Masked Singer is back!

During the premiere, four contestants – Harp, Hedgehog, Hummingbird, and Knight – took to the stage for their first performances.

At the end of the night, Hedgehog, Hummingbird, and Knight were eliminated and unmasked while Harp advanced to the next round.

We’ve compiled the clues and spoilers that might help us figure out who Harp‘s true identity is.

New episodes of The Masked Singer air on Wednesdays at 8 pm ET on Fox.

Click inside to for the clues and guesses for Harp…

- She can read sheet music and carried it as a clue

- Says, “When I was a teenager, I auditioned for the biggest show in the world.”

- Says she “became an idol for anyone who felt like an outsider.”

For her performance, Harp sang “F–kin’ Perfect” by Pink.