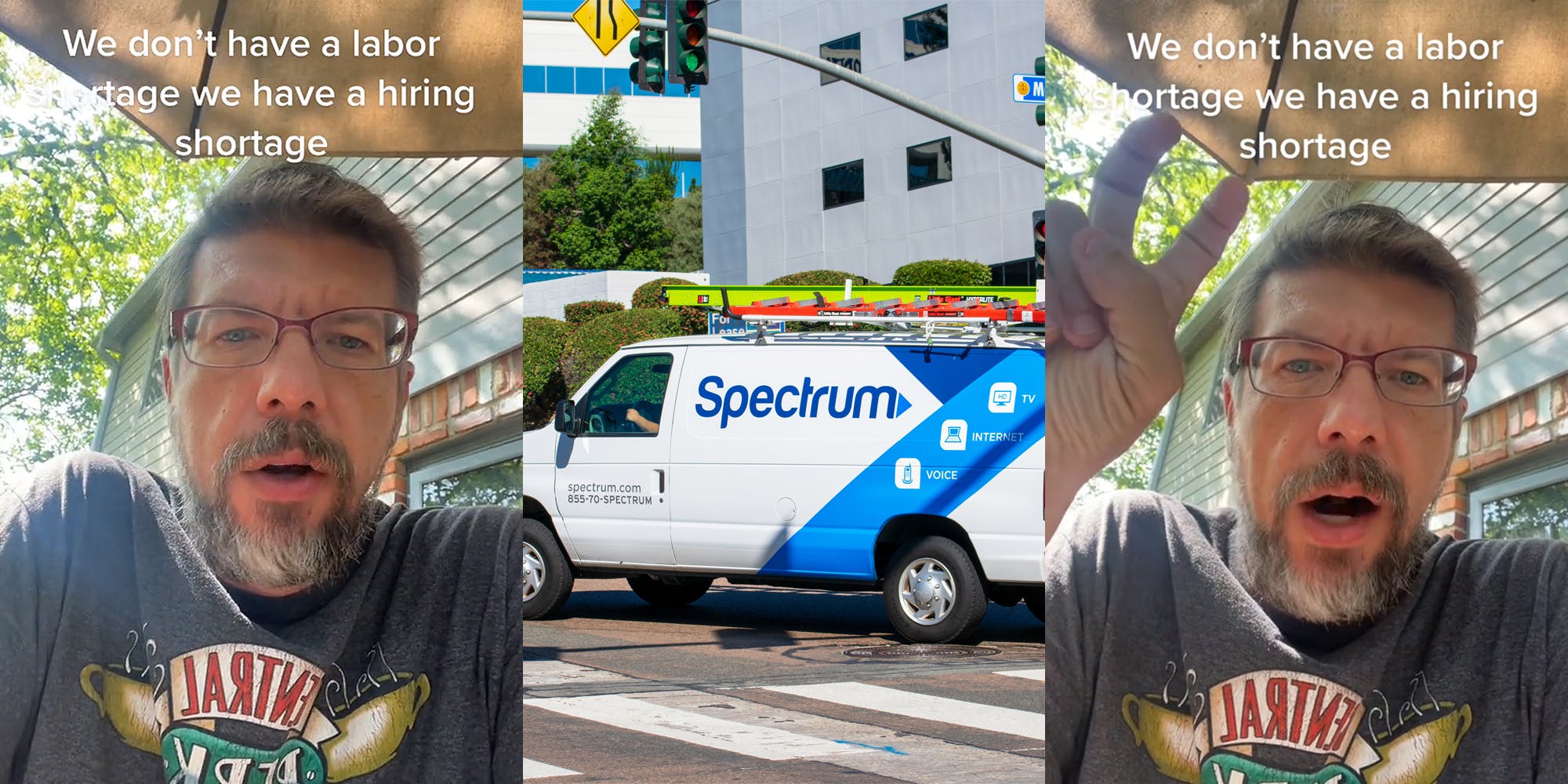 TikToker Justin Wells says that, contrary to public opinion, there is no labor shortage. Instead, he says there's a hiring shortage, and his latest job interview shows that.

In one of his recent videos, Wells (@advicefromdaddy) talks about a job interview he had at a Spectrum retail store. He says the interview was the shortest of his life.

"It was less than 30 seconds, it was less than a TikTok video," Wells says in the video. "The 'labor shortage' as I've experienced it so far, is actually a hiring shortage."

The TikToker says he can't get a job, even where think he'd be a "great match" as someone with sales experience and an accounting and finance degree. He thinks companies are "inventing reasons" not to hire people.

Wells says he was the last local interview and Spectrum couldn't find anyone to fill the role. He says the company wanted him to work locally for three days per week and work downtown the other two days, which he can't do. He claims the location isn't hiring full-time or part-time workers but complains about not being able to hire enough people.

"Why don't you just hire the people that are applying?" Wells says in his video. "Then you won't have a shortage."

In the comments section, Wells clarified that the job posting did not mention the two locations or the specific hours, which is why he decided to apply.

His theory that the issue is actually a "hiring shortage" resonated with viewers.

"Agreed. Companies are pretending there’s a shortage to cut services," one viewer commented.

"Companies learned that they can ask more of employees under the guise of no one wants to work (or can’t find help)," a second commented.

A third said, "I see tons of signs. But everybody I know that’s looking for a job can’t get an interview."

Some said companies just don't want to compromise when hiring new candidates and are reluctant to pay them enough.

"That is the problem. Companies refuse to hire willing people because they refuse to compromise. They rather go without," one user said.

Another wrote, "They don't want to pay qualified people."

The Daily Dot reached out to the creator via TikTok comment and to Spectrum via email.

The post ‘They’re inventing reasons not to hire people’: Man says he was rejected from Spectrum after a 30-second job interview appeared first on The Daily Dot.

‘I don’t think I’m built for 2022 food service’: Worker walks out after customer allegedly threatened her—and her co-worker gave him a free meal