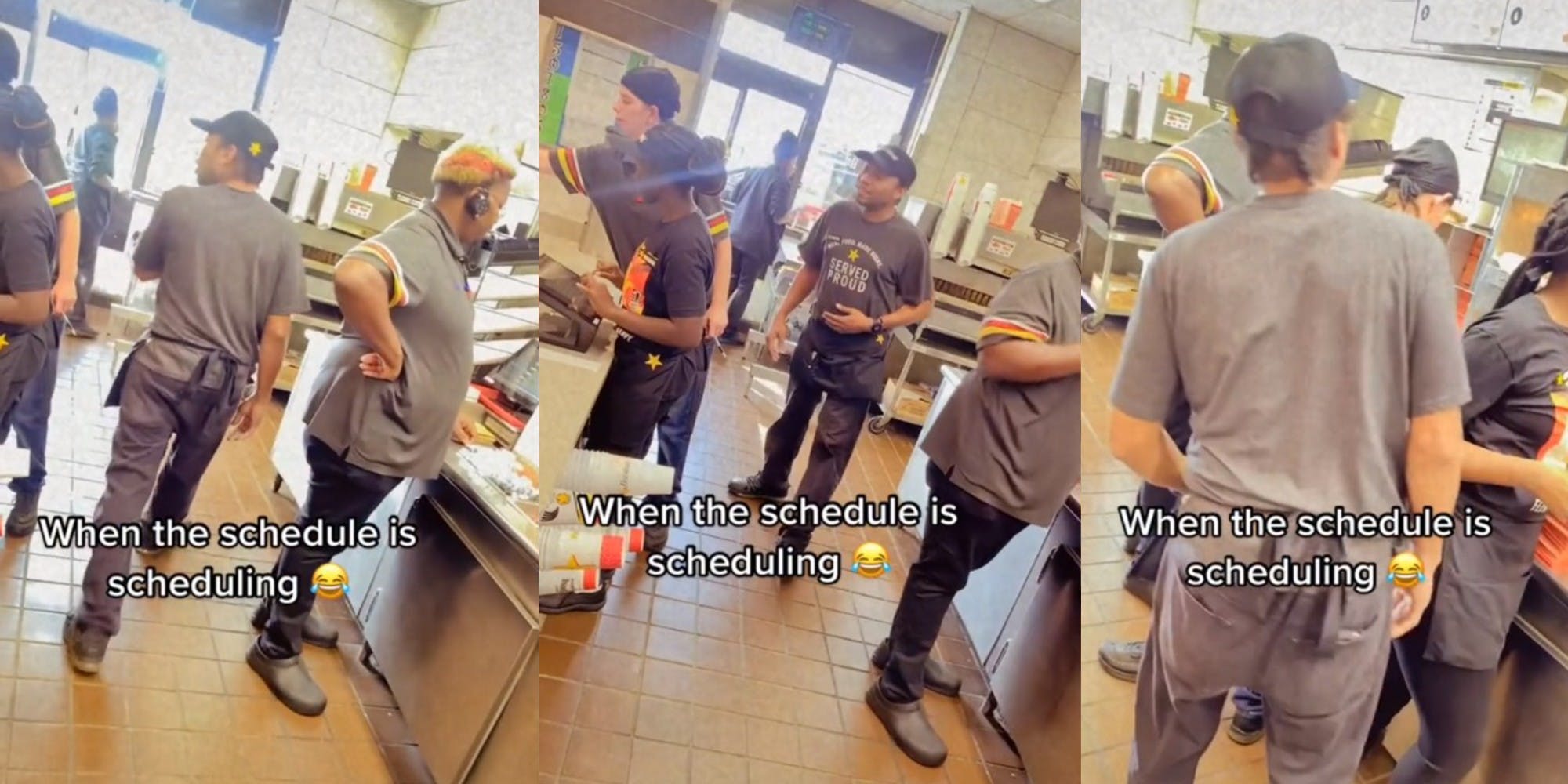 A Hardee's worker shows a clip of five different workers in the back of the Tennessee store working, sparking debate on scheduling practices in the comments.

In the video posted by TikTok account @hardees615tv on Sept. 20, they use audio that says, "to many of y'all standing around and not enough work being done. Labor already high. Imma have to send one of y'all home early."

The text overlay reads, "When the schedule is scheduling."

The video has reached over 63,000 views as of Wednesday, with commenters airing their grievances about over-scheduling employees.

"Then everybody quits and y’all have to run a shift with 3 people," one user said.

"Be having like 7 cashiers on a tuesday morning but 2 on Saturday," another wrote.

"Swear they send mfs home when it’s not too crazy then when it start jumping it’s like 2," a third added.

Others complained that their jobs under schedule for "important" shifts, leaving just a few employees to handle the busier hours and closing.

"THEY LET EVERYONE LEAVE WHEN ITS SLOW AND THEN 3 PEOPLE LEFT ON RUSH," another said.

The Daily Dot reached out to @hardees615tv via TikTok comment and to Hardee's via email.

The post ‘When the schedule is scheduling’: Hardee’s worker shows packed kitchen area, sparking debate about over-scheduling appeared first on The Daily Dot.