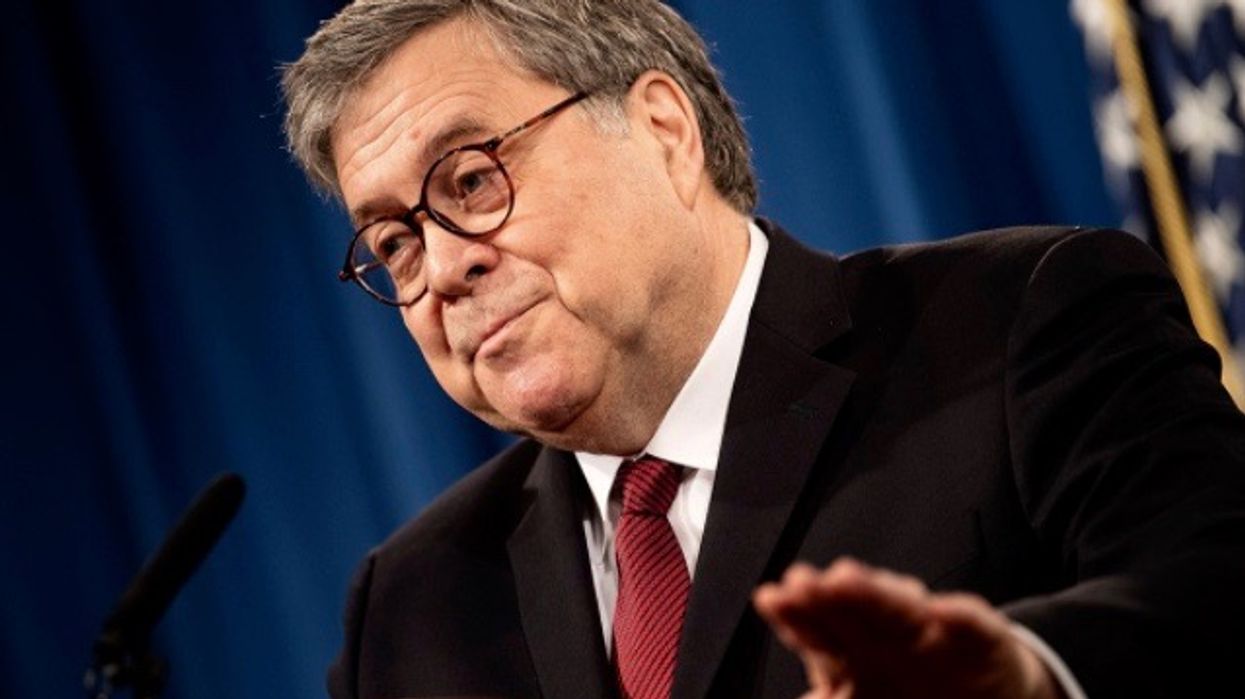 It has been startling to see former Attorney General Bill Barr, at one time Donald Trump's most powerful henchman, turn on him so viciously, both during the post-election period and the latest Trump scandal regarding the theft of government documents. Barr published a memoir a few months ago in which he vociferously defends Trump's four years in office (even while saying his former boss was "prone to bluster and exaggeration" and may not have had the ideal temperament for a president). He proudly stands by all of his ham-handed interference in the justice system on behalf of Trump and his cronies behalf but then, almost inexplicably, seemed to draw the line at boosting Trump's Big Lie after the election was over. Now we see Barr testifying before the House Jan. 6 committee and appearing on Fox News to call Trump's excuses in the Mar-a-Lago document scandal a "crock of shit." Apparently Barr is a champion of the FBI and the Department of Justice all over again.

Most people, including myself, originally viewed this as the usual rehabilitation tour by a Trumper who belatedly realized that he had trashed his reputation in service of an irredeemable sore loser. But now I think it's clear that is just happening because Trump lost. It's nothing more than that. Had he won the 2020 election, there's every reason to believe Barr would still be in there, pushing Trump's political and personal agenda without the slightest compunction. But once it was clear there would be no second term, Barr cut his losses: Trump was no longer useful to him.

Why do I think this? Mainly because of all the other old-time right-wingers who backed Trump (or who said nothing while he trampled on the Constitution and the rule of law) and are suddenly coming out of the woodwork to speak out against him. They have an agenda they care about and it basically has nothing to do with Donald Trump. For them, he was merely a means to an end.

Take, for example, John Yoo, the UC Berkeley law professor and former official at the DOJ Office of Legal Counsel who wrote the notorious "torture memos" early in the George W. Bush administration that sought to create a legal justification for grotesque, medieval interrogation practices. In 2020, Yoo published his book "Defender in Chief: Donald Trump's Fight for Presidential Power," a paean to Trump's authoritarian policies that characterized the Russia investigation as "the revolt of the FBI" and insisted that the president had power to do pretty much anything.

Lately, however, Yoo has been appearing on TV calling the government's case against Trump on the Mar-a-Lago documents "stunning." He told an audience at the National Conservative Conference that Trump had definitely broken the law, only wondering whether it would be smarter to prosecute him for something bigger, like the Jan. 6 insurrection. Two years ago, Yoo extolled Trump as a historic American hero; now he wants him thrown in jail.

It's pretty obvious that Yoo never really cared about Donald Trump, and neither did Bill Barr. They cared about their "unitary executive" theory and found in Trump a man who was so ignorant and so easily manipulated that when they told him he had unlimited power under Article II of the Constitution, he was willing to go far beyond what any sensible person would do — even someone who fully bought into their theory, like former Vice President Dick Cheney. Trump was their guinea pig. How far would he go? What would the system bear before it snapped?

Trump's two impeachment acquittals made clear that as long as he had the party behind him, he could get away with anything. He doesn't anymore.

Want a daily wrap-up of all the news and commentary Salon has to offer? Subscribe to our morning newsletter, Crash Course.

Josh Gerstein of Politico reported on Tuesday that Yoo speaks for quite a few Federalist Society conservatives who are suddenly perturbed to see Trump continuing to believe that he maintains presidential powers even after leaving office. From Trump's point of view, all these people told him he could appropriate government documents as his own and declassify them without telling anyone. So what's the problem? Yoo told Politico, "I think most people who agree on the unitary executive also think it's the president who decides what's classified and unclassified — the current, incumbent, sitting president." They probably never explained that part to Trump?

John Yoo and Bill Barr never cared about Donald Trump. They found in him a man who so ignorant and so easily manipulated that when they told him he had unlimited powers, he pushed them far beyond any previous president.

Gerstein notes that the Federalist Society has been the spawning ground for this philosophy of untrammeled presidential power and that Judge Aileen Cannon — who has bent over backward to help Trump in the Mar-a-Lago case — is a member. Indeed, that was basically her only qualification for the bench. Cannon's rulings are creating a lot of angst among her Federalist Society brethren, however. She looks to be a Trump loyalist rather than a far-right ideologue like Barr and Yoo, who believe that presidents are essentially elected kings — who must pass the crown to the next king once their four or eight years are over.

In fact, it seems conceivable possible that Cannon sees Trump as still the rightful president, since she has accorded him privileges that no other person under investigation for these crimes would ever get. If she's a true-blue Trump supporter, she may even believe that he's going to be "reinstated." Millions of his followers do. How else can we understand why Cannon would think that a man who is effectively a disgruntled former federal employee who walked out the door with classified documents and refuses to give them back should get a special master to determine whether some bizarre interpretation of he executive privilege might entitle him to keep them?

Barr and Yoo and others who encouraged Trump to believe that the Constitution gave him unlimited power didn't anticipate that he might think that included the power to determine the outcome of a presidential election. After Trump lost, even Barr and his cronies wouldn't go along with the notion that a "unitary executive" has the power to overturn an election. So they cut their losses and moved on, assuming that Trump would be forced to do the same.

Apparently, it never occurred to them that telling a benighted, narcissistic (but cunning) head case like Donald Trump that there were no limits to his authority might not work out so well. Neither did it occur, apparently, to the Federalist Society or to Mitch McConnell that planting Trump cultists by the dozens in the federal judiciary with lifetime appointments might be a bad idea. Now they're shocked and dismayed that the forces they unleashed have gotten away from them. Who could have ever predicted such a thing?

GOP candidate Tyler Kistner has repeatedly suggested he saw combat, but he didn’t

Today24.pro
7 Perfect Pear Recipes from Savory to Sweet A 34-year-old coder quit his $300,000 job at Stripe to build up his after-work project. Here's why he's convinced it was the right thing to do. US chess star ‘likely cheated more than 100 times’ – investigation 7 MUST-DO Biceps Exercises for Bigger Arms