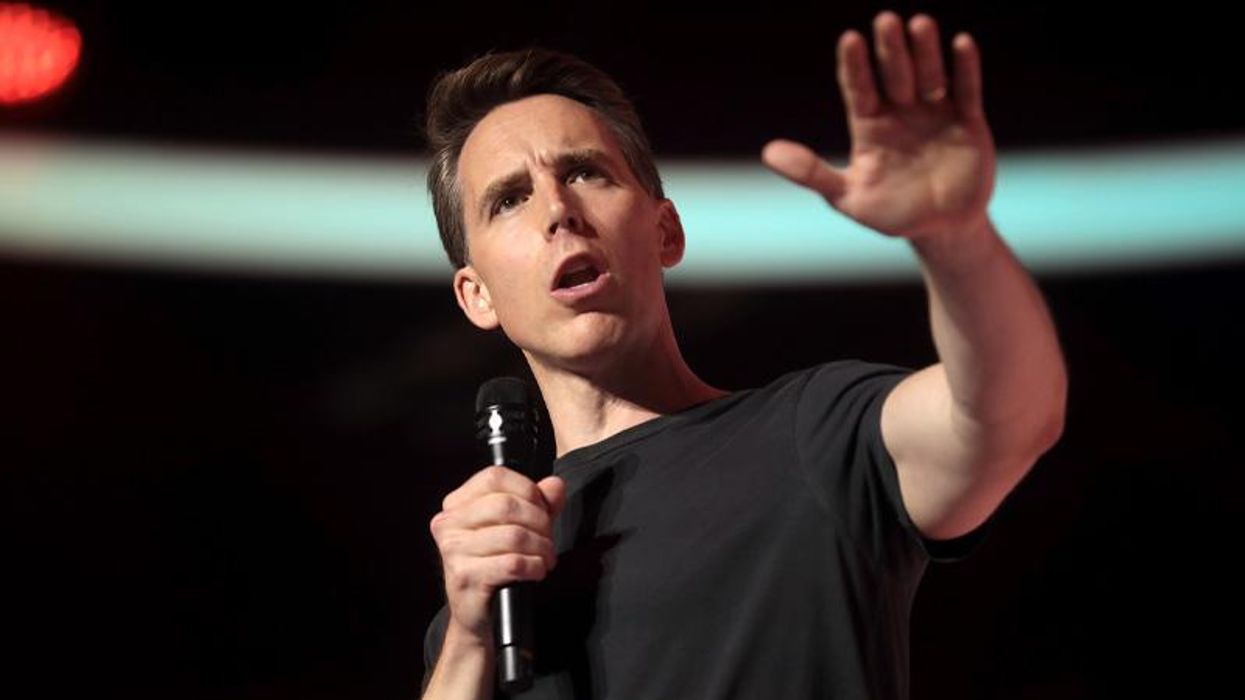 The Republican rush to oppose transgender people has taken a turn in Missouri, where Sen. Josh Hawley (R) is up for reelection.

In a fundraising email to his supporters, Hawley asked folks to give to his campaign so he could help stop schools from teaching that there's more than one gender.

"Blue states are teaching kids transgender propaganda in schools when they're as young as first graders," Hawley claims in a screen capture posted by New York Times reporter Ken Vogel. "These teachings go against nature, science, and common sense — but this is what Liberals (sic) want our children to learn."

At the bottom, he asks users to click a button to take the "survey" Option 1 is "Yes — keep transgender propaganda OUT" and the second option is "No — teach young children there is more than one gender."

IN OTHER NEWS: Bill Barr's crackpot theory got us here

The email does not go on to identify which gender it is that Hawley believes everyone will be.

The screen capture drew quick sarcasm and jokes from the web, with at least one person posting the photo of the QAnon crowd from Donald Trump's rally holding up the No. 1 finger.

See the image below: 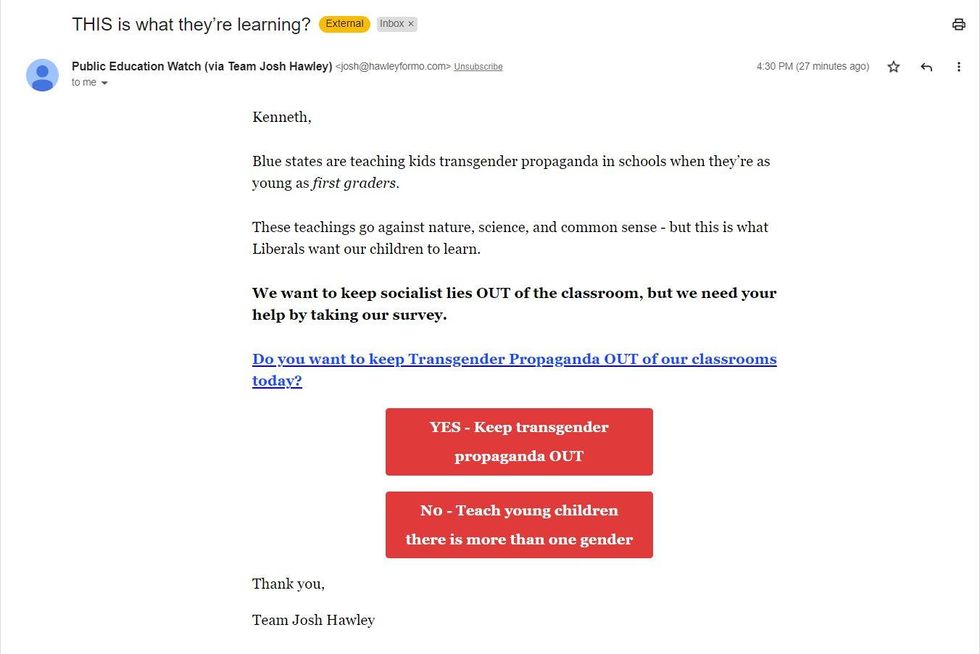 House GOP: Here's our 'Commitment to America' if we win

Today24.pro
Sweet Potato Souffl How to invest in communications stocks, a sector that's huge, highly diversified, and growing — offering something for almost every type of investor The 31 most stunning photos across women's sports from the last month — Tennis, European Championships, and more How to Get MICROSOFT OFFICE for FREE in 2022!