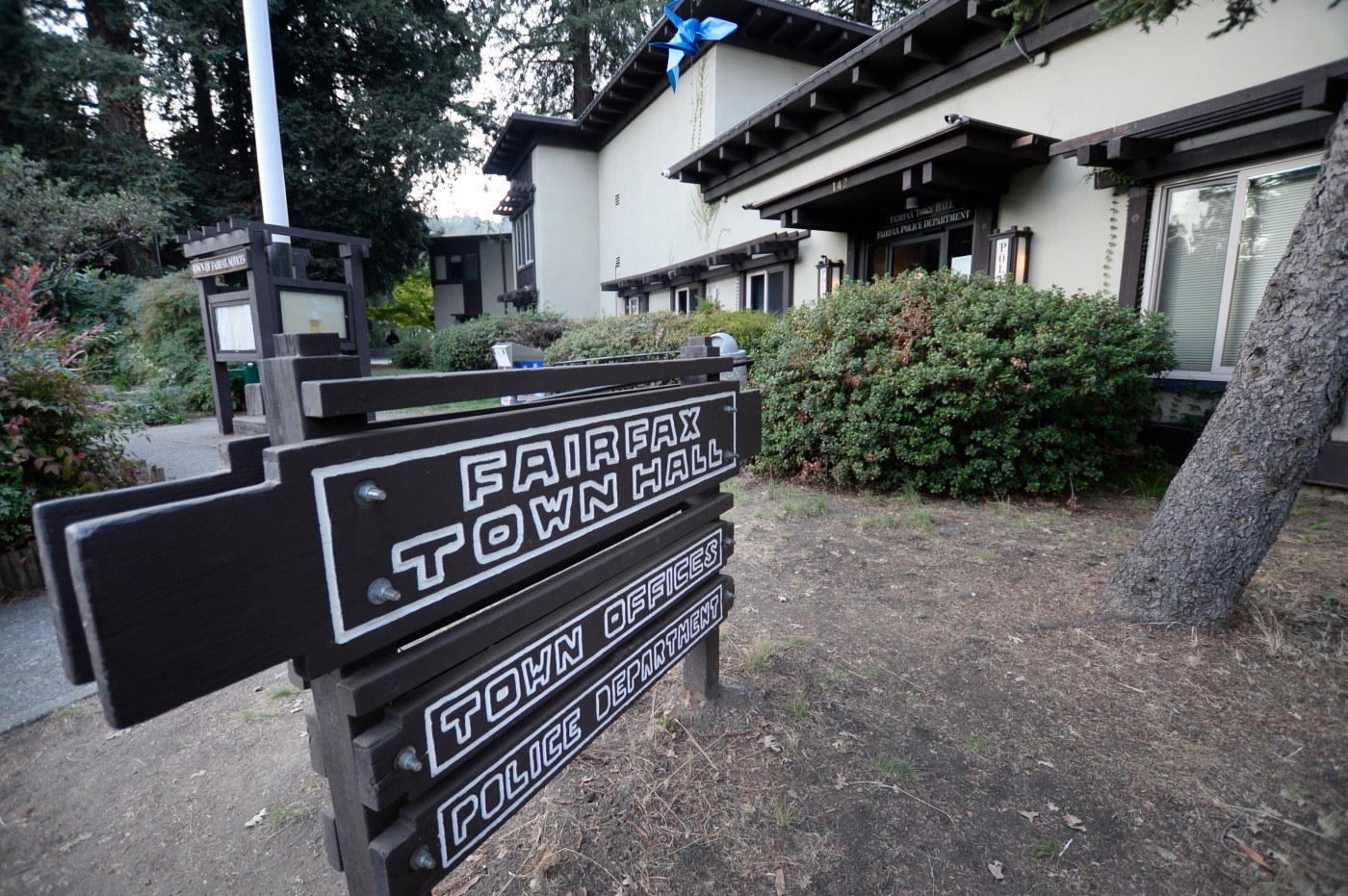 Board set to review
3 project applications

The Planning Commission has set hearings this week on two residential projects and one commercial proposal.

The residential applications seek an expansion and remodel at 40 Manzanita Road and the modification of an approved expansion at 6 Walsh Lane. The business application calls for both a hair salon and a retail store for clothing and other items at 54 Bolinas Road.

The commission is scheduled to meet at 7 p.m. Thursday, Sept. 22, at the Fairfax Women’s Club at 46 Park Road. Teleconference access instructions are available online at bit.ly/3DJ5AS0.

San Rafael police arrested a suspect in a knifing that sent a man to a hospital.

Officers went to the 1000 block of Cresta Drive shortly before 7 p.m. Sunday after a 911 caller reported an assault, said police Sgt. Raul Aguilar. Police arrested Andre Hall, 45, of San Rafael on allegations he attacked an acquaintance with a fixed-blade knife in an outdoor area.

Aguilar said the victim’s injuries were not life-threatening.

Hall was booked into the Marin County Jail on suspicion of assault with a deadly weapon. He remained in custody Wednesday in lieu of $50,000 bail.

San Rafael police arrested a theft suspect with an assist from a store security guard.

The alleged crime happened on Friday at Northgate mall, where a man took merchandise at Macy’s without paying for it, said police Sgt. Raul Aguilar.

The suspect was caught on surveillance footage, and a Macy’s security employee recognized him when he returned to the area Saturday, Aguilar said.

Casey Collins Crow, 40, of Novato was booked into the Marin County Jail on suspicion of theft and giving police a false identification. He is also being held on an outstanding arrest warrant from Sonoma County.

The National Merit Scholarship Corp. has announced the names of about 16,000 semifinalists in the high school class of 2023.

The semifinalists, representing less than 1% of high school seniors, qualified through scores on the Preliminary SAT test. About 95% of them are expected to attain finalist standing, with notification in February. About half the finalists will win a National Merit Scholarship.

Why Ferrari strategy is bad this season

Today24.pro
7 MUST-DO Biceps Exercises for Bigger Arms 7 Perfect Pear Recipes from Savory to Sweet Zac Efron Was Never The Same After Playing Ted Bundy I waited 8 months to film this for You