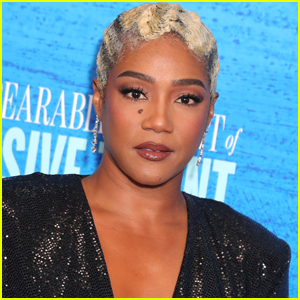 The 42-year-old Girls Trip star revealed that she has no more jobs following the lawsuit against her, which has since been dismissed.

The comedian was heading out of LAX Airport on Wednesday (September 21), where TMZ spoke to her about the claim dropped against her and Aries Spears, in which she was accused of roping a woman and her brother into inappropriate sexual skits as children.

Tiffany told the photographers that she lost all her jobs as a result, but said she was relieved it was over.

“Oh I lost everything, all my gigs gone. Everything gone,” she said. “I don’t know, bro…I don’t have no jobs,” she says to the photographer.

According to TMZ, Tiffany also said she doesn’t speak for Aries, nor does she affiliate with him anymore. When asked whether she’s worried more people might come after her with allegations, she reportedly said whatever they might say is fake.

If you recall, she was named in a lawsuit filed by a Jane Doe, alleging that when she was 14, Tiffany took her to the taping of a “sexually suggestive Subways commercial” and allegedly instructed her how to perform inappropriate sexual acts. The lawsuit that was filed has since been dismissed.

‘Nothing about performance’ – Sherwood makes claim about Conte’s game plan

A photograph of the new royal Fab Four is going viral