BEAUTY is in the eye of the beholder — and one slim man has declared that thicker women are simply more to appreciate.

Robbie Tripp is a rapper and internet personality based in Las Vegas.

He admittedly loves curvy women and specified that the bigger they are, the better.

“When people try to cancel me for being the only male artist repping (sic) for curvy/plus-size girls,” he wrote over a video of himself performing while a scantily-clad, plush model danced beside him.

“Yeah whatever, it’s not the law, I can do what I want,” a voice narration said over the video. “I don’t care, sue me.” 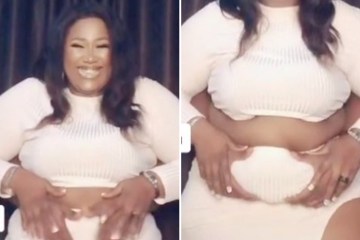 “Keep doing what you (sic) doing my guy,” one male commenter wrote.

Tripp is most famous for his song titled, “Big Girl Banger,” an anthem praising the physiques of fuller-figured women.

“I’ll never forget that one time a major rapper’s manager told me, ‘You’ll never make it as an artist if you keep putting fat chicks in your music videos,'” he wrote in a TikTok.

“I added him to my list of people to prove wrong,” he captioned.

Some viewers criticized Tripp for dancing with scantily clad women as a married man.

“Make a music video with your wife,” one commenter wrote. “Make it like husbands and wives. People would appreciate you with your wife more.”

Tripp expressed his love for his wife in multiple videos, shutting down haters.

“I love my curvy wife, she inspired me to write this song,” he wrote in a video set to “Big Girl Banger.”