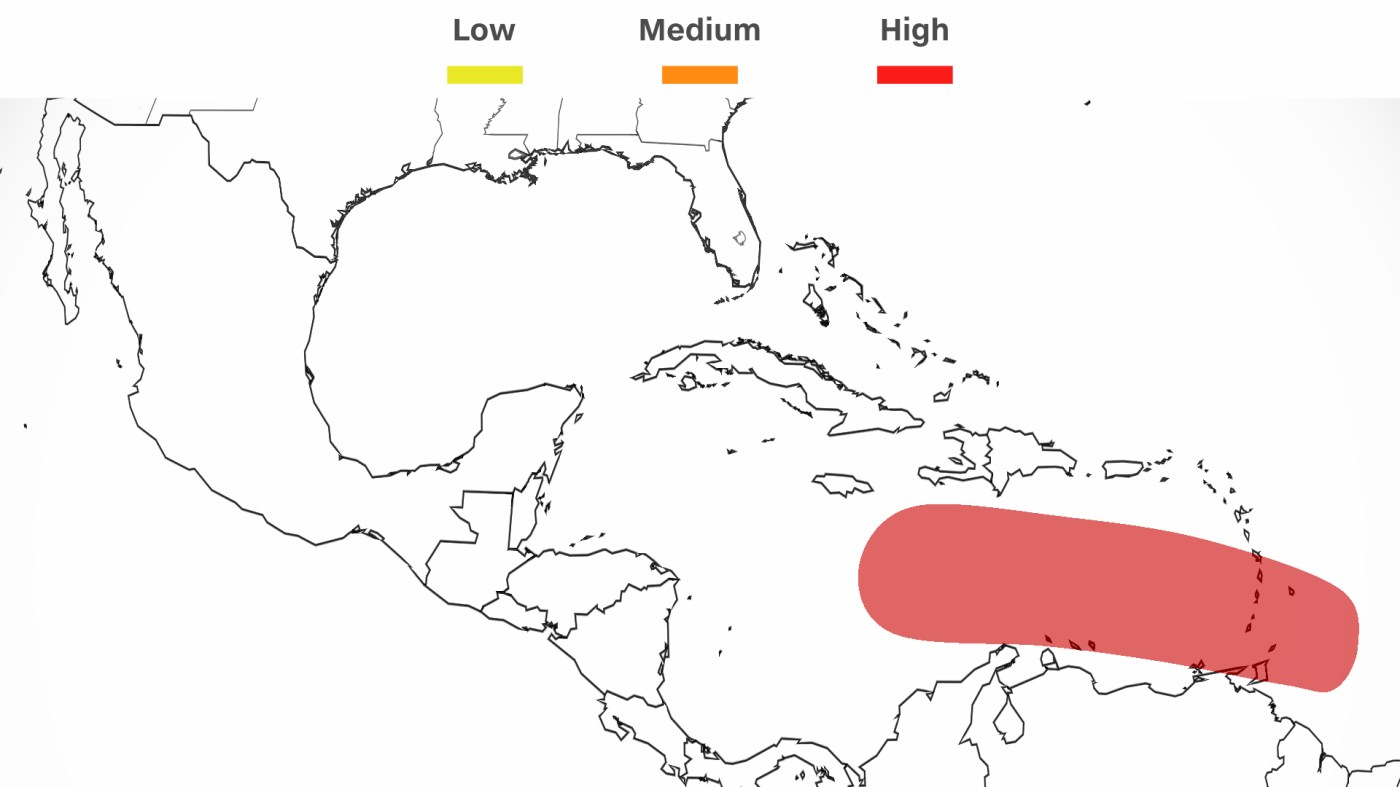 Hurricane Fiona is the strongest hurricane of the Atlantic season, and now forecast models show a developing storm could become a monstrous threat to the US Gulf Coast by next week.

An area of disorganized activity a couple hundred miles east of the eastern reaches of the Caribbean Sea will likely become the next tropical storm — named Hermine — in the next few days, maybe even the next few hours, according to the National Hurricane Center.

This small cluster of storms has meteorologists’ attention because both American and European forecasting models have consistently showed them developing into a tropical system and entering into the Gulf of Mexico — though the models don’t have the best track record when forecasting that far out.

“The fact that nearly every computer model out there develops this into a westward-moving hurricane is absolutely concerning,” CNN meteorologist Chad Myers said.

“Well, there’s a lot of uncertainty right now,” Maria Torres, hurricane center spokesperson, told CNN. “But yes, it’s something that we are keeping an eye on and that we are closely monitoring as we get into the weekend and early next week.”

Over the next several days, the disturbance is forecast to move west-northwestward across the southern Windward Islands — at the Caribbean’s eastern edge — and then move toward the central Caribbean Sea later in the week, the hurricane center said Wednesday morning.

By late next week, both models show the storm entering the Gulf of Mexico.

The American model shows the storm as a large and possibly major hurricane. It shows it making landfall in the Florida panhandle by Sept. 30. The European model has it hitting the southern section of Florida a day earlier but as a much smaller but nearly as intense storm.

If the storm system makes it into the Gulf like the forecast models say, the conditions are ripe for development.

“The water is extremely warm, and the atmosphere is very conducive for rapid development,” Myers said.

The conditions in the Gulf of Mexico are favorable for the system to strengthen, and it will do that very rapidly, Torres told CNN.

Now, a week past the peak of hurricane season, the tropics seem to have woken up, and forecasters are concerned people have let down their guard.

“People tend to lower their guard and think, oh, yeah, we’re out of the woods,” Torres said. “But in reality, the season continues. We are still in September; we still have October to go. Anything that forms over either the Atlantic or the Caribbean is something that we need to keep monitoring very closely.”