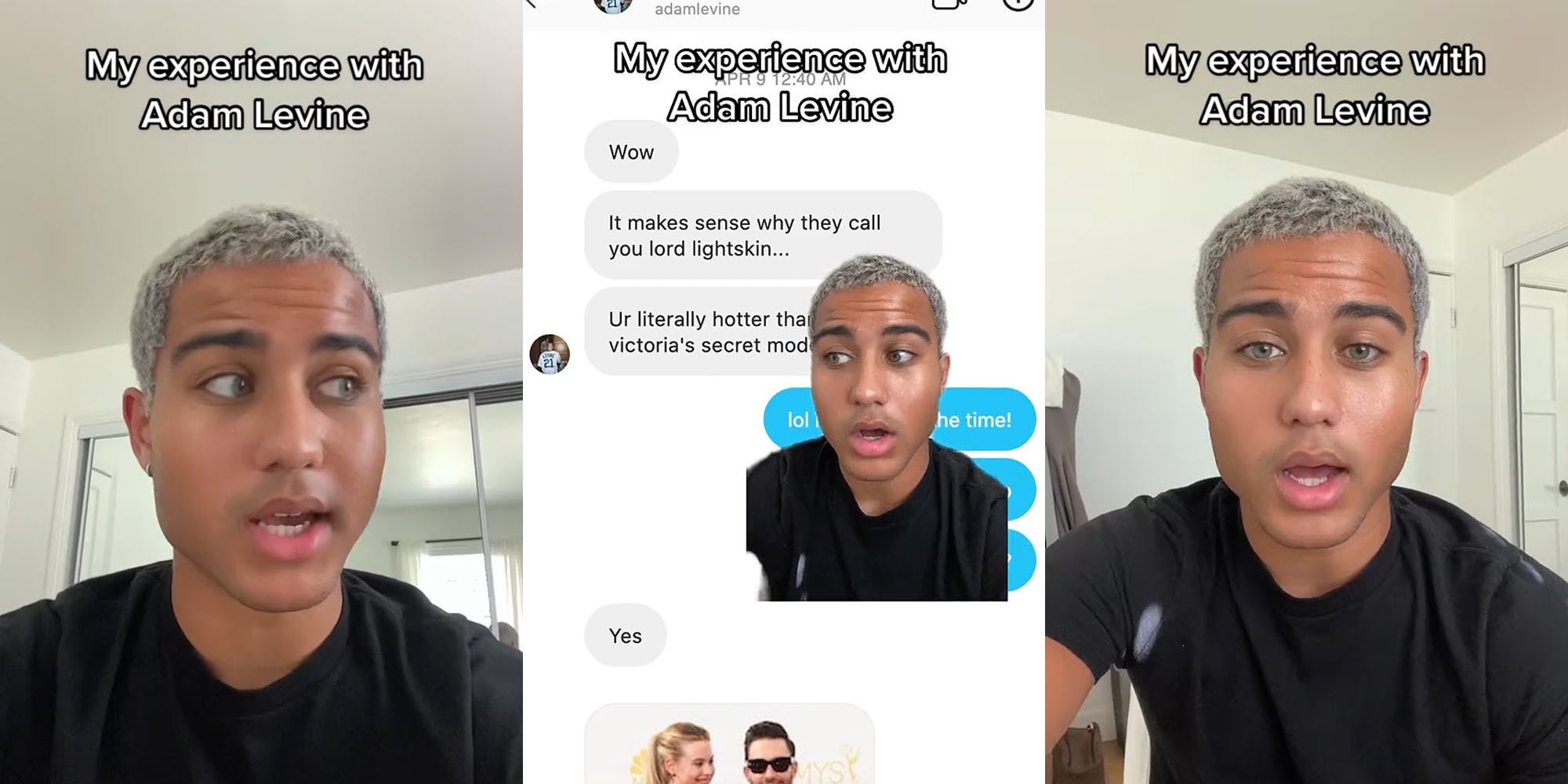 Adam Levine made a non-apology yesterday after multiple women came forward with DMs he sent them. In an Instagram post, he said he "crossed a line" but didn't cheat on his wife, who is currently pregnant with their third child. "In certain instances it became inappropriate; I have addressed that and taken proactive steps to remedy this with my family," he wrote.

This whole thing has gotten pretty silly, and in keeping with that theme, people have been releasing parodies of their own celebrity-DM interactions.

Some framed it as their own experiences with Levine. TikToker Miles Jones claimed some risky DMs led to Levine coming up with the song "Payphone."

@milesjones My thoughts go out to Adam’s wife & kids during this time. They are the true victims all jokes aside 💔 #adamlevine #sumnerstroh #adamlevinecheating #greenscreen ♬ original sound - miles jones

And others spoke out about Wilfred Brimley shooting his shot.

The post People are sharing parody videos about their DMs with Adam Levine appeared first on The Daily Dot.

I’m a new homeowner – after I spilled paint on my new carpets, I was going to cry but my free cleaning hack saved me