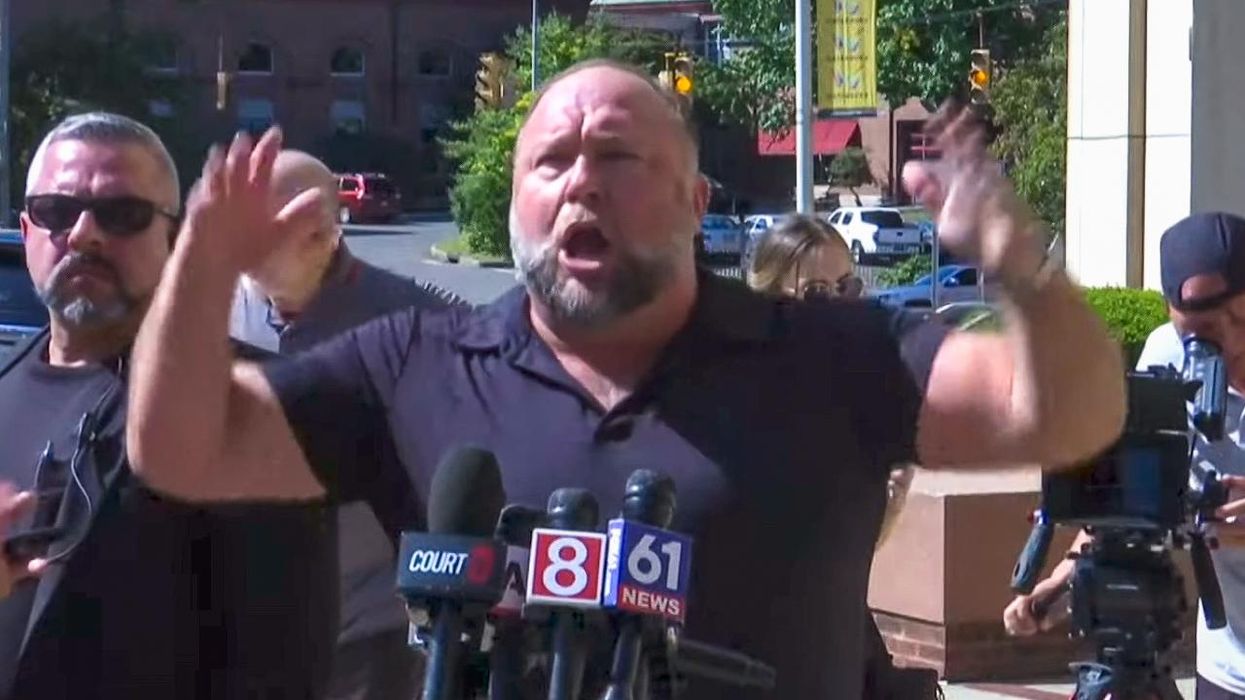 Conspiracy theorist Alex Jones on Wednesday went on an emotional tirade yelling at journalists outside a Connecticut courthouse.

On the second day of his Connecticut trial for defaming victims of the Sandy Hook school shooting, Jones staged an afternoon press conference just steps from the courthouse.

Throughout the event, Jones attacked the media for negative reports about his case.

"I did say things that were hurtful and not true," he admitted. "As an American, I have a right."

Jones became angry as he berated the media.

"And this guy is going to report I didn't show up today!" Jones screamed while pointing at a reporter. "That's lying! That's corporate fake media and that's shame on you!"

Watch the video clip below.

Reactions as over 120 fans die in Indonesia stadium riot