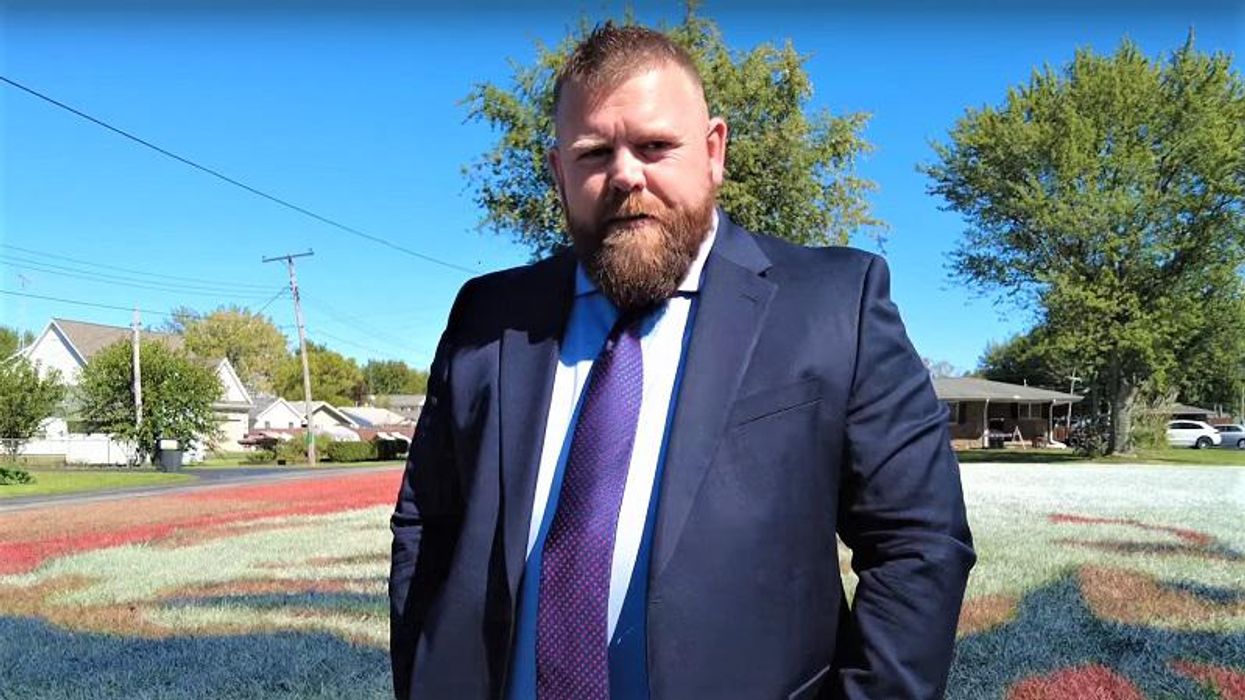 During his campaign for a northwestern Ohio congressional seat, Republican J.R. Majewski has said he's an Air Force combat veteran who deployed to Afghanistan after the 9/11 terrorist attacks . But according to military documents obtained by the Associated press, Majewski never deployed to Afghanistan, but instead spent a six-month stint helping load planes at an air base in Qatar.

The AP's report states that Majewski has exaggerated other aspects of his military service as well, namely "conspiracy theories, talk of violent action against the U.S. government" and "occasional financial duress."

“It bothers me when people trade on their military service to get elected to office when what they are doing is misleading the people they want to vote for them,” Don Christensen, a retired colonel and former chief prosecutor for the Air Force, said of Majewski. “Veterans have done so much for this country and when you claim to have done what your brothers and sisters in arms actually did to build up your reputation, it is a disservice.”

The House GOP campaign committee described Majewski as a veteran whose “squadron was one of the first on the ground in Afghanistan after 9/11.” A campaign ad launched by Majewski supporters claimed he was an “Afghanistan War Veteran." In a tweet from last year criticizing the U.S. withdraw from the country, he said he would “gladly suit up and go back to Afghanistan.”

IN OTHER NEWS: Alex Jones has emotional meltdown with screaming fit outside of Connecticut courthouse

Don Christensen, a retired colonel and former chief prosecutor for the Air Force, told the AP that as somebody was also stationed in Qatar, "I do not consider myself a combat veteran."

“I think that would be offensive to those who were actually engaged in combat and Iraq and Afghanistan," Christensen said.

Majewski’s campaign said that he calls himself a combat veteran because Qatar is considered a combat zone.

"Majewski also lacks many of the medals that are typically awarded to those who served in Afghanistan," the AP reports. "Though he once said that he went more than 40 days without a shower during his time in the landlocked country, he does not have an Afghanistan campaign medal, which was issued to those who served '30 consecutive days or 60 nonconsecutive days' in the country."

Read the full report over at the Associated Press.

We need to try to fix what we built – Alan Xuereb