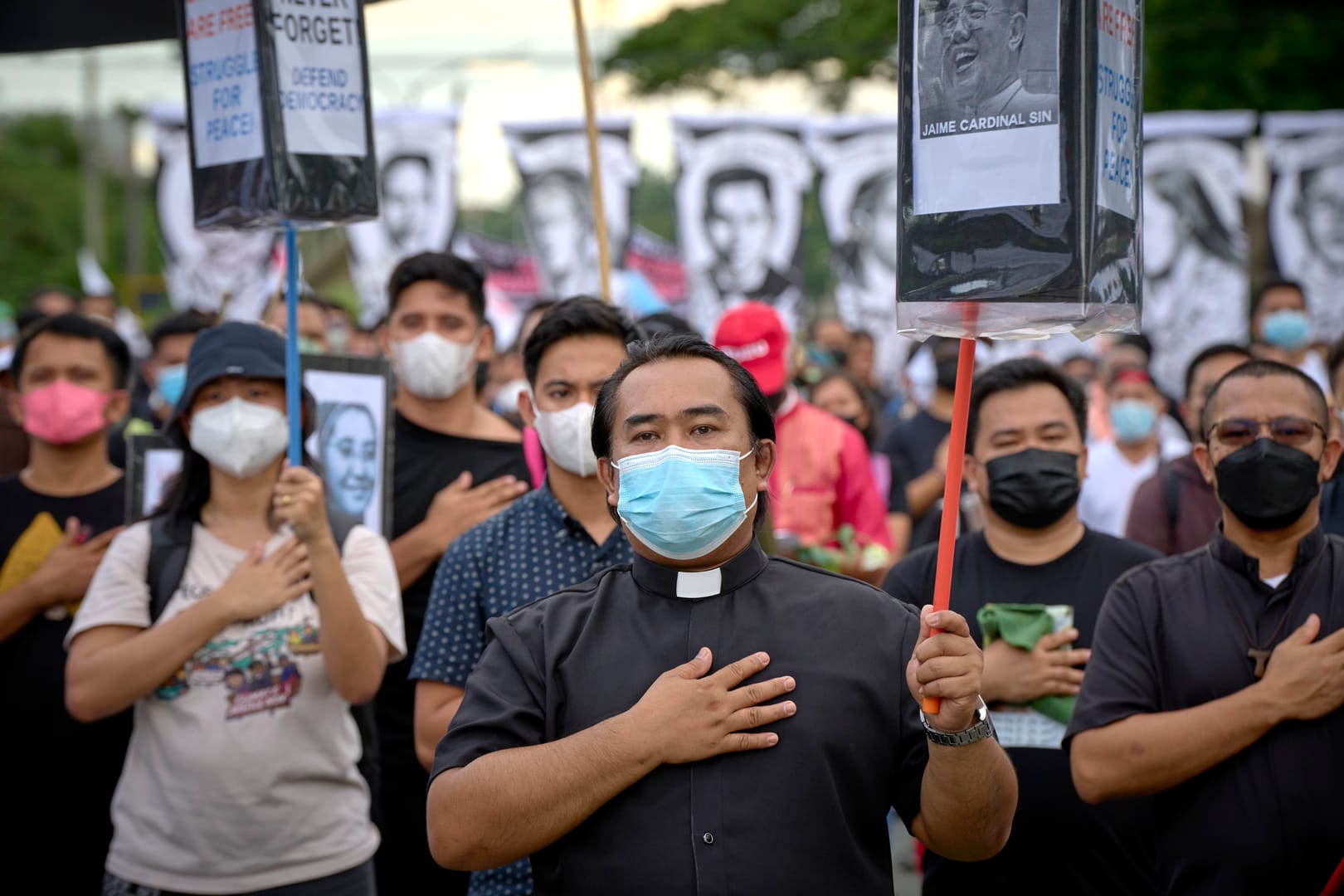 MANILA, Philippines — Church leaders gathered Sept. 21 on the 50th anniversary of the imposition of martial law in the Philippines, solemnly recalling the priests, pastors, religious and laity who were tortured and killed during the brutal regime of President Ferdinand Marcos Sr.

Marcos imposed martial law in 1972. It lasted until he was driven from power by a church-supported popular uprising in 1986.

Yet the ecumenical gathering took place less than three months after the dictator’s son, Ferdinand Marcos Jr., took power as president of the Philippines following a landslide election victory in May. Given increased arrests and rising repression of church workers under the country’s 2020 Anti-Terrorism Act, some church leaders are feeling a worrisome sense of deja vu.

“Throughout the years of martial law, the Christian churches were very active, and many of our people were harassed and persecuted. We’re here today to remember them,” retired Archbishop Antonio Javellana Ledesma of Cagayan de Oro told Catholic News Service.

“Yet it’s ironic that this comes so soon after the son has come back as president. The extralegal procedures we’ve been witnessing, along with a weaponizing of the anti-terrorism law against those working for social justice, concern us greatly. We’re here to create awareness about the dangers and risks of returning to the methods of martial law. Preventive action now is better than repenting about it later on.”

Many of those who participated in the memorial service then went to a large outdoor rally, where thousands of people marked the occasion with chants of “Never again!”

Redemptorist Father Oliver Castor also took part in the memorial service, during which participants placed flowers on an altar as they remembered what they called “the heroes and martyrs of martial law.”

“Now that we have another Marcos in power, there are sectors that want to erase from our historical memory the situation under martial law, those two decades of dictatorship. If we don’t learn from our history, the state will revise history and dilute the struggle of the Philippine people for democracy,” Castor told CNS.

He said the anti-terrorism law “institutionalizes martial law within a legal framework, thus basically institutionalizing state terrorism. The state has the right to terrorize its citizens.”

Castor is a member of the Rural Missionaries of the Philippines, a Catholic group that recently had 16 members, including five nuns, charged with allegedly financing terrorist groups.

In an Aug. 18 statement the group issued in response, it noted: “With this latest state attack, Marcos II is showing he is, after all, true to his core as the dictator’s son.”