FEW of us actually enjoy a trip to the dentist – after all, it can be expensive and painful.

But with DIY dentistry on the rise, Tasneem Mahmood, who posts under the acronym @drtasneemmahmood, took to TikTok and posted an educational video revealed the five things she’d never do as a dentist.

A dentist has revealed the five things she’d never do as a dentist. Pictured, stock image[/caption] Tasneem Mahmood urged people to stop chewing on ice[/caption]

In the clip, she begins by urging everyone to stop chewing ice.

“The number of times I’ve had to pull someone’s teeth because they were innocently chewing ice – whether it’s crushed ice, cubed ice, circle ice, I don’t care,” Tasneem says. 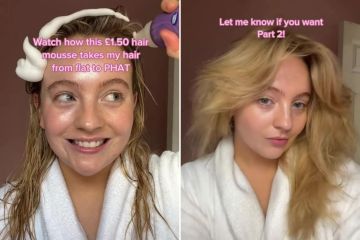 Beauty lovers go wild over a £1.50 product that gives your hair instant volume 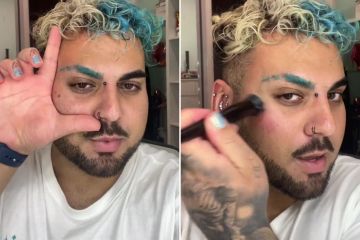 “Eventually, your teeth will break and it’s to the point we can’t save that tooth anymore once it’s fractured, so we have to extract it.

And guess what – extractions, bone grafts, implants, it’s not fun and it’s not cheap. So, not worth it!”

Next up, Tasneem says she’d never do DIY at home aligners to move her teeth.

“There’s a lot that goes into orthodontics,” she explains.

“I’m not a specialist, I’m a general dentist that does Invisalign and SureSmile and other ways to move your teeth, but I’m telling you, if it was that easy, everyone would be doing it and they wouldn’t require an orthodontist to do three more years of training than general dentists.”

Tasneem then goes on to say how she’d never skip cleaning.

“I’d go at least twice a year because you’re literally using your mouth non-stop every day,” she explains. “…Most people – you’re eating at least three times a day and stuff gets built up, even with the best hygiene.

” You need to get it professionally cleaned.”

“There’s so much pathology that shows up on dental X rays – including tumours, oral cancers and what not, so don’t skip it because cancer doesn’t come with a warning.”

Finally, the dentist notes that she’d never get her teeth whitened at a mall or a kiosk or some sort of smile shop.

“Save your money and go to the dentist if you would like to get it professionally whitened and actually work.”

Benfica and PSG play out 1-1 thriller

Today24.pro
7 Perfect Pear Recipes from Savory to Sweet Zac Efron Was Never The Same After Playing Ted Bundy 7 MUST-DO Biceps Exercises for Bigger Arms A 34-year-old coder quit his $300,000 job at Stripe to build up his after-work project. Here's why he's convinced it was the right thing to do.