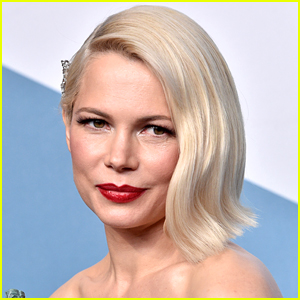 Michelle Williams is shaking things up as she begins her campaign for the 2023 Academy Awards.

The 42-year-old Manchester by the Sea star is going to be in the running in the Best Actress category for her work as Mitzi Fabelman in The Fabelmans, according to Variety. The news comes amid speculation that she would be submitted for consideration in the Best Supporting Actress category.

The Best Supporting actress category is now considered “wide open,” while the Lead Actress category is considered a tough race right now with Michelle Yeoh in Everything Everywhere All at Once and Cate Blanchett in Tar thought to be the current frontrunners. Nominations won’t even be announced for several months, so we will have to wait and see!

Michelle stars in The Fabelmans alongside Paul Dano, Seth Rogen and Gabriel LaBelle. It is based on director Steven Spielberg‘s childhood.

The Fabelmans premiered at the 2022 Toronto International Film Festival and will be released November 23, 2022! Check out a trailer here to get a better idea of what to expect.

If you're a Christian leader, you SHOULD have a target on your back