A 47-YEAR-OLD woman has clapped back at critics who think women of a certain age shouldn’t dress sexy.

Wearing a bra top and matching shorts, TikTok user KimO flaunted her figure and revealed what she really thinks of the phrase “dress your age.”

TikTok user KimO flaunted her figure and revealed what she really thinks of the phrase ‘dress your age’[/caption] ‘I’m 47, not dead,’ she quipped in the TikTok caption[/caption]

“When people say dress your age!” she captioned the video, in which she poses and gestures to her figure.

The video included audio of another woman saying: “If this bothers you, just wait ’til I pull out the bikinis, honey.” 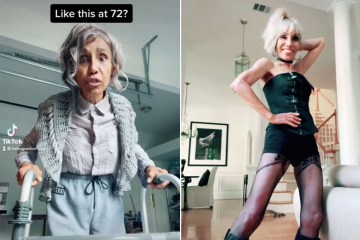 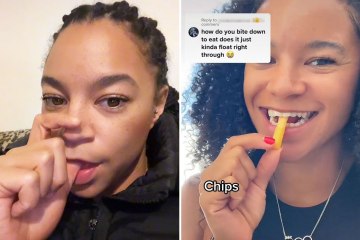 KimO does, in fact, model bikinis in other videos, captioning one: “Never apologize for being extra.”

The mother-of-two, who recently celebrated her 25th wedding anniversary, has also shared body-positive content on her account.

“I have the proud scars of a C-section, stretch marks, age spots, cellulite, a pot belly, weight gain/weight loss marks.

“But I’m like wine. I get better with time,” she added. “Loving me is my priority.”

Other women on TikTok have shared their own sassy comebacks for trolls and naysayers who tell them to dress their age.

Elisa Berrini Gómez, 56, has a similar philosophy to KimO and fired back at a commenter who told her to dress her age.

“I tried dressing my age, and I look dead,” Gómez said as she laughed at herself. “You don’t dress your age, you dress your energy.”

Meanwhile, Becky Overbeck told a similar troll: “I am a 40-year-old woman, and I feel like we should not be telling women what is appropriate to wear.”

“And also is there a guidebook I’m missing out on that tells women what to wear?” she snipped.

‘I’m like wine. I get better with time. Loving me is my priority,’ she wrote[/caption]

These earbuds have a case that doubles as a power bank, and they're just $26