ACTOR Tyler Perry has revealed why he lent Meghan Markle and Prince Harry his Beverly Hills mansion after Megxit.

During an appearance on NBC’s Today, the Hollywood star shed light on his decision to offer his $18million California property to the Duke and Duchess of Sussex.

Speaking to Hoda Kotb and Jenna Bush Hager he was quizzed about his generosity after Meghan said Perry reached out to her when they decided to leave the United Kingdom.

He said: “It was a very difficult time for them. What I know about the two of them, and I wish the world knew, how much these two people love each other.

The New Orleans native, who was on the talk show to discuss his new screenplay A Jazzman’s Blues, joked if he can’t find the kind of love Meghan and Harry have “he don’t want it”.

READ MORE ON MEGHAN AND HARRY 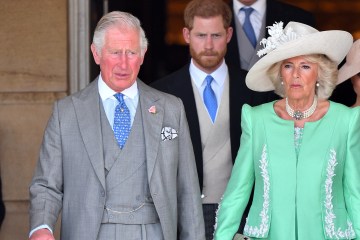 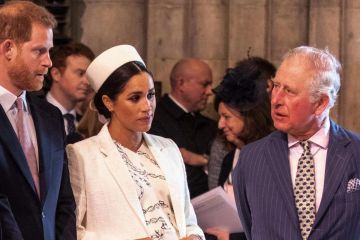 The couple left the UK during their bitter Megxit split with the Firm in 2020.

At a hastily convened summit at Sandringham in January 2020 the Queen’s decision was swift and final; the Sussexes can leave the family business but not have the trappings that come with being royal.

The wantaway couple were told there was no “half-in, half-out” role and that they could not have their cake and eat it as they were wished good luck in their new life.

But a source close to Her Majesty claimed the late monarch was hurt and exhausted when the decision to move abroad was announced.

At a summit at Sandringham, the Queen’s decision was swift and final – they could leave the firm but not have the trappings that come with being royal.

However now the late Queen’s true feelings on the shock exit have been revealed, in a new book.

An excerpt of The New Royals, published in Vanity Fair has claimed that Her Majesty confided to a close friend that she was exhausted by the decision.

The source said: “She was very hurt and told me, ‘I don’t know, I don’t care, and I don’t want to think about it anymore.”

BACK TO THE US

Meghan and Harry are believed to have flown back to their LA home yesterday to be with their kids after almost three weeks abroad.

The Duke and Duchess of Sussex had been in the UK for a whirlwind charity tour when the Queen tragically died – with the couple then extending their trip to remain in the country for the funeral.

They had flown to the UK for their charity tour, which included heading to Germany to launch the one year countdown until the Invictus Games in Dusseldorf.

But it was then that Harry was told the worrying news about his grandmother – darting to Balmoral in Scotland while Meghan stayed in London.

He tragically did not make it back in time to say his final goodbye to his grandmother The Queen, who died on September 9.

On Monday, Meghan and Harry joined the mourning Royals to pay tribute to Her Majesty – with the duchess shedding a tear during the emotional service.

The kids have been looked after by Meghan’s mum Doria Ragland, 66, while the Sussexes have been away from their Montecito home.